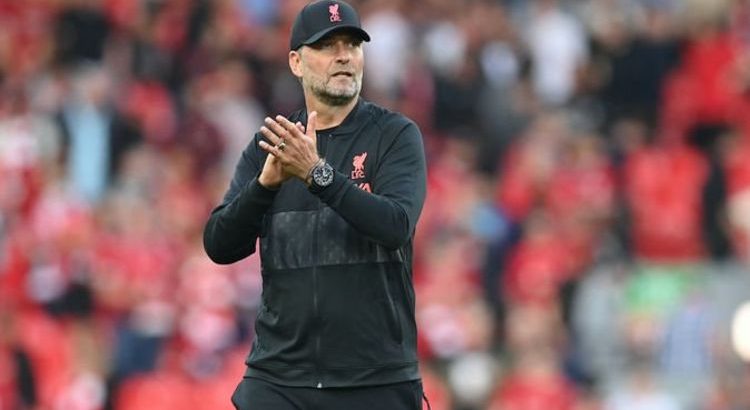 Liverpool could be set to finally sign a replacement for Georginio Wijnaldum next summer, with AC Milan’s Franck Kessie reportedly keen on a move to the Premier League. Kessie’s current deal runs until the end of the season, meaning he can negotiate freely with non-Italian clubs from January onwards.

The Ivory Coast international has been at Milan since 2017 and has helped the club turn their fortunes around, with the Italian giants back in the Champions League for the first time in eight years.

But now it appears Kessie could be looking for a new challenge, and according to 90min, the midfielder has rejected a new contract offer at Milan, and is instead seeking a move to the Premier League.

The latest developments will bring hope to Jurgen Klopp’s side after they opted against bringing in a new addition to fill the void left by Wijnaldum, when he departed the club for PSG on a free upon the expiration of his contract.

Klopp made just the one signing in the transfer marker this summer in 22-year-old Ibrahima Konate, who moved to Anfield in a move worth £36million in July.

JUST IN: Tottenham boss Nuno has five problems to address to help get Harry Kane back on form again

But Liverpool will, however, have to move quickly to win the race to sign Kessie next summer, with several other Premier League clubs reportedly interested in the defensive midfielder.

The same reports says that Chelsea, Manchester United, Tottenham, Arsenal, Everton and Leicester are all keeping tabs on Kessie, and the players representatives are confident a number of approaches will be made in January.

Numerous clubs outside of England, including PSG, Bayern Munich, Borussia Dortmund and Atletico Madrid have also made enquiries over his availability in the past.

However, Milan head coach Stefano Pioli told the Italian media last week that he would like to see Kessie remain at the club beyond the current campaign.

“I would like Kessie to sign,” he told the Italian media. “The negotiations go on between the club and his agent, and I don’t think it’s the time to worry.

“With Franck, I only talk about matters relating to the pitch and I always see him as positive and serene, there are no problems.”

Kessie’s latest contract issues come as a surprise given that in July, the midfielder expressed his desire to remain at the club ‘forever’.

“I’m proud to have chose Milan and it is not my intention to leave,” he told Gazzetta dello Sport.

“I want to be the ‘President’ of Milan for life.”

Klopp has already seen Kessie play this season – when his side beat Milan 3-2 in the Champions League earlier this month – and the midfielder will have another chance to showcase his abilities against them when Liverpool travel to Italy in December.

But the Kessie saga is far from over, and there is sure to be more developments between now and then.