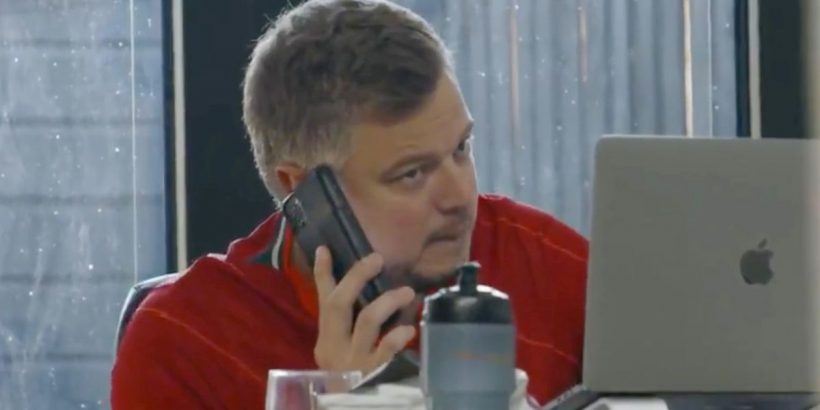 A Spoof video mocking the frustration of Liverpool fans through the transfer window has gone viral.

The Reds kept their powder dry this summer amid a stunning window of to-ing and fro-ing.

Even Arsenal, notoriously tight in the market, trumped them all by spending £149m – more than any other club in Europe.

Liverpool have instead tied several senior players down to new long-term contracts and the lack of investment has frustrated Red fans, with their ire being captured in a hilarious video released by mischievous bookmaker Paddy Power.

The two-minute sketch features a Liverpool fan appearing to ring the club's front desk asking if John had a chance to see his presentation entitled 'Why Liverpool need to invest in the transfer market'.

The supporter then reacts in anger when the club seemingly ask 'John who?' – before insisting: "John Henry. Sorry, who am I speaking to? Main reception? Just put me through."

The ardent Red – played by Paddy Power's social media frontman Steven Quick – is next seen in the bank of Standard Chartered, that of the official Liverpool sponsor.

Complete in Liverpool shirt and sitting opposite a bank manager, he pleads "all I'm asking for is a little bit more investment" to which they reply: "OK, we do personal and commercial loans. How much are you looking for?"

What do you think of the video? Let us know in the comments section

The fan then asks for "100million" before checking: "You do sponsor Liverpool yeah? Chuck in an extra 100million, 200million, win the league, you'll make that back in exposure."

He then adds: "You're a bank, you do the maths. Liverpool sign [Kylain] Mbappe, they'll make that back in shirt sales." The bank manager then snaps and orders him out.

But the supporter won't be put down easily – next making his way to the official Liverpool club shop.

He can be heard asking a shop assistant: "Ten quid, for a pencil case? Excuse me, what’s the profit on that?"

After a beat of silence the fan continues: "It is my business, how much of that goes into transfer funds? No I’m not buying anything, not unless you can guarantee the profit is going into the transfer pot.."

The video has been watched more than half a million times across Paddy Power's popular social media accounts and has gone down a storm with fans.

"Well this pretty much sums it up," laughed one poster while another said: "Absolutely brilliant. So many of our fans right now."

One Kopite added "thank you Paddy Power for parodying the vocal and quite psychotic minority of our fanbase with this".

Another said: "This is funny and blatantly gut wrenching at the same time."