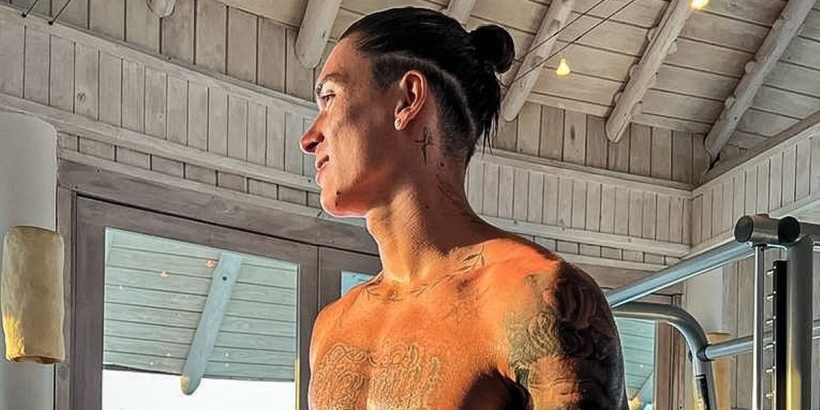 Reds' new boy Nunez took to Twitter to say "No day[s] off" as he posed in a weight room showing off his ripped physique. The Uruguayan forward made the switch to Merseyside in a £64million deal earlier this month after impressing with Benfica in Portugal, where he scored 34 goals in 41 games last season.

Nunez even bagged against his new side when he travelled to Anfield as part of a team that reached the Champions League quarter-finals, only to lose 6-4 on aggregate. Afterwards, Liverpool manager Jurgen Klopp himself commented on the 6ft 2in hunk, quipping: "[He's] an extremely good looking boy, eh?"

It has quickly become apparent Nunez has also made his mark on some Liverpool supporters. One fan joked: "Drop the OnlyFans link bro!"

"If we get a Nunez and Virgil joint-OnlyFans we can buy Bellingham tomorrow," another added. While a third tweeted: "Can't believe we've signed the first footballer with an OnlyFans!"

A fourth commented: "Give me that underwear I can sell it and make some coins." Meanwhile one impressed supporter simply said: "…*save photo to camera roll*"

Do you think Darwin Nunez will be the signing of the summer? Let us know in the comments section below. Nunez will be tasked with filling the sizeable hole left by fan favourite Sadio Mane at Anfield. Mane left Liverpool for Bayern Munich earlier this week after being a major part of the set-up under Klopp.

The Senegalese international was part of the Reds side that won the Premier League and the Champions League, along with the FA Cup, League Cup, Club World Cup and European Super Cup.