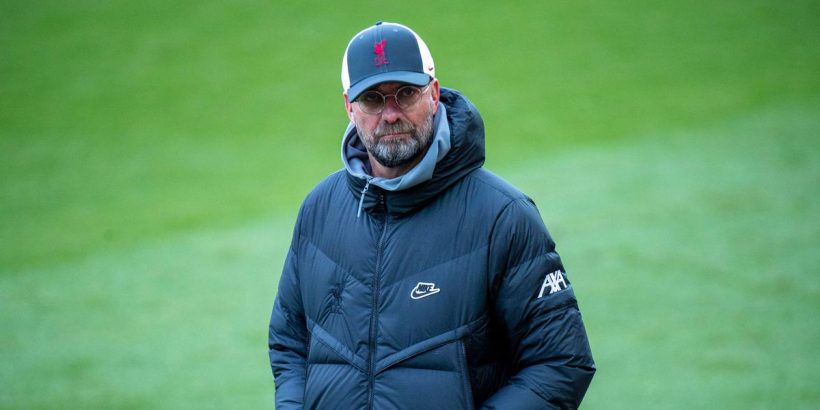 Liverpool fans have taken to social media to vent their anger after they were left fearing the Reds are about to make a “foolish” transfer decision.

After a season in which their Premier League title defence resembled a damp squib, the Reds are set to overhaul Jurgen Klopp’s squad.

This is especially true for many of the back-up options the German possesses, with many of them having failed to impress when called upon in the midst of the Reds’ injury crisis last term.

As they look to bring in reinforcements, players will need to be sold in order to bring in the necessary funds.

One of those players who is edging closer to being sold is Nat Phillips, with The Athletic reporting the Reds have set his price tag at £15million amid interest from Burnley and Brighton.

Phillips was one of Klopp’s most important players last season, bringing much needed stability at the back after injuries to Virgil van Dijk, Joe Gomez and Joel Matip.

The academy product made 17 appearances in the Premier League last season, starting eight of Liverpool’s final 10 games as they went unbeaten to secure a top four spot.

But after Ibrahima Konate joined the club, Phillips appears to have slipped down the pecking order at Anfield, with Van Dijk, Gomez and Matip also back from the treatment table.

And with Klopp unable to offer him regular first-team football, the Reds are set to reluctantly sell him in this summer’s transfer window.

Burnley are currently the frontrunners for his signature, as the Clarets search for top-flight experience.

But it is a development that has infuriated Liverpool fans, who have blasted the proposed move as “foolish”.

“We are beyond stupid. We buy a centre-back to have four centre-backs but then set a price tag of 15 million for one, which would mean we are back to three,” one fan wrote on Twitter.

“That’s disgraceful, best defender we had last season and he can only get better,” another added.

“Foolish move. Lad deserves a spot in the rotation and fight for more. He was terrific,” a third supporter fumed.