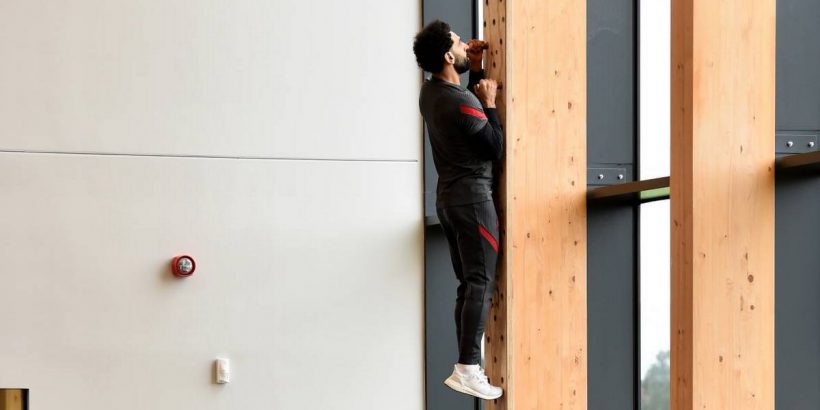 Liverpool's Premier League title defence has been completely obliterated by injuries so far this season, but fans believe they've found the reason.

The Reds have had numerous bad injuries this season, with three defenders suffering long-term issues.

Virgil van Dijk and Joe Gomez are unlikely to return until next season, and Joel Matip joined them on the injury list a few months ago.

But the injury issues don't end there. Diogo Jota, Thiago Alcantara and Jordan Henderson have all also suffered injuries keeping them out for multiple months each.

The club has faced criticism for their attitude towards fitness and recovery, though some fans believe they've found the culprit behind the issue.

Bookmaker Paddy Power posted an image from Liverpool training and poked fun at one of the pieces of equipment in the gym.

In the image, Mohamed Salah can be seen using a climbing peg board as his team-mates watch on below.

And fans cheekily took that as an indication to where the injuries have been coming from.

Another posted: "Madrid in the quarters in 2 weeks and he’s halfway to the roof."

"No wonder they're always injured," another commented.

Liverpool recently welcomed back Jota after a knee injury, but are still without Van Dijk, Gomez, Henderson and Matip.

Henderson isn't expected back until mid-April, and will likely not be rushed into action.

It had initially been hoped that Van Dijk and Gomez would return for the closing stages of the season, but Jurgen Klopp recently insisted neither would be able to play in the upcoming European championships.