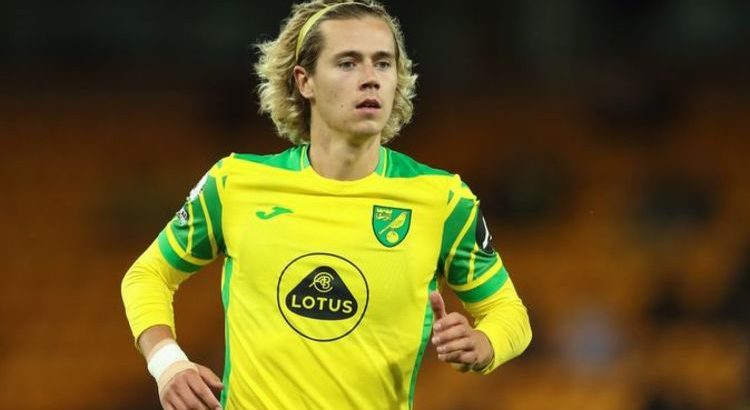 Liverpool got off to a winning start in the new Premier League campaign, beating Norwich 3-0, but fans saw enough from Todd Cantwell to hope for a late summer transfer deal from the Reds. Jurgen Klopp has been relatively quiet in the transfer market so far with Ibrahima Konate the only new signing this summer.

The Liverpool boss has made it clear that he’s happy with his current squad and any more incomings will only happen if players are sold.

With just a few weeks left of the transfer window though, it looks increasingly unlikely any more signings will be made.

Klopp has indicated that he has enough midfielders in his current squad to help replace Georginio Wijnaldum.

But there has been a clamour from many Liverpool fans for an attacking midfielder to be brought in this summer.

And there was a clear lack of creativity from Liverpool’s midfielders last season amid their injury crisis in defence.

Klopp opted for a midfield trio of Keita, Milner and Alex Oxlade-Chamberlain against Norwich to start the season.

But it was once again Liverpool’s attacking quartet of Sadio Mane, Mohamed Salah, Diogo Jota and Roberto Firmino who provided the impetus against Norwich.

Jota, Firmino and Salah provided the goals, with the latter setting up both his team-mates strikes.

There was still noticeably some gaps between Liverpool’s midfield and attacking trio though.

And some Liverpool supporters believe the answer could be found in Norwich’s squad with Cantwell.

Liverpool’s defence largely stifled Cantwell, but he still showed flashes of his abilities having played a huge role in the Canaries returning to the Premier League.

Another tweeted: “Liverpool please sign cantwell when Norwich get relegated.”

A third posted: “Wonder if [Michael] Edwards could somehow get Norwich to swap Cantwell for Naby.”

A fourth said: “Come on LFC, what other sign do you want?”