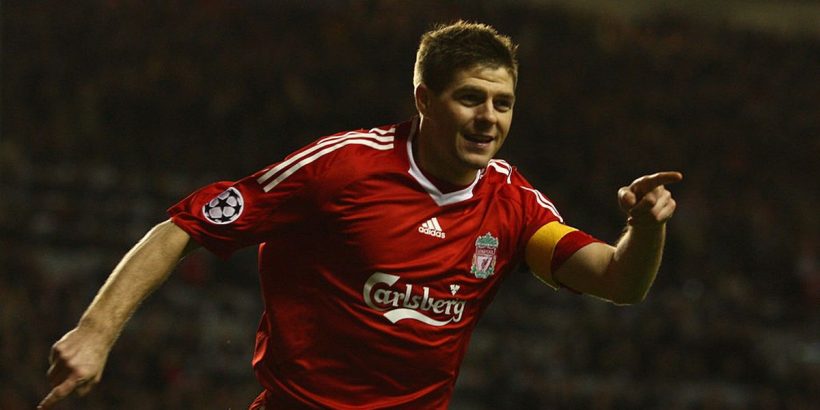 Former Liverpool flop Joao Carlos Teixeira has revealed the X-rated message he was given by Steven Gerrard after making his debut for the Reds.

Teixeira had a four-year spell at Anfield after joining from Sporting Lisbon in a transfer that cost in the region of £1million.

His league career began well, with the Portuguese midfielder playing his first competitive game in a February 2014 visit to Fulham during their attempted title push.

Teixeira was named on the bench for Brendan Rodgers’ side, but things did not start well for the visitors when Kolo Toure sliced Keiron Richardson’s cross in his own goal.

Daniel Sturridge equalised with a composed finish past Maarten Stekelenburg, before Richardson put the Cottagers back in front from close range.

Liverpool again equalised though Phillipe Coutinho’s long-range strike to set the stage for Teixeira to become the Reds' hero.

The Portuguese was sent on with eight minutes to go to replace Raheem Sterling and made an immediate impact, playing a through ball to Sturridge who found his way into the box before being brought down.

Referee Phil Dowd awarded a penalty, with Gerrard duly stepping up to convert the spot-kick and hand Liverpool their first lead of the match.

The youngster also made a crucial intervention at the other end of the pitch, producing a vital block at the death to maintain Liverpool’s advantage.

It was that block which led to Gerrard running over to Teixeira and screaming: “That what you did there was f****ing brilliant!”

It is a message that the now 28-year-old looks back on with fondness, despite his Liverpool career petering out after that bright start.

“It was a moment that I will never forget,” he told First Time Finish.

“It was a great feeling. At the time I was only 21. I really enjoyed that game. It was an important match in the race for the (Premier League) title.

‘It was a great time for me, I was only 18 at the time when I got there. In the beginning everything was new and a little bit difficult because I had to adapt to the country, the language and the club, but I very much enjoyed my time in Liverpool.”

That game proved to be the highlight of his time on Merseyside, with Teixeira making just seven more appearances before departing for Porto in 2016.

READ MORE: 6 Liverpool stars to be put up for sale by Jurgen Klopp in transfer window