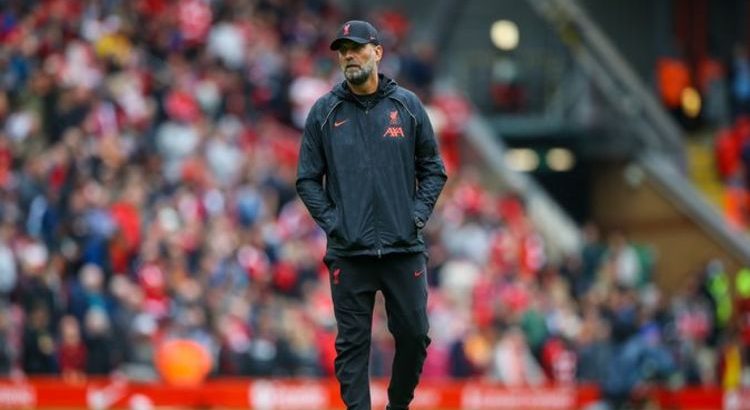 Liverpool boss Jurgen Klopp looks set to have to rely on players who have been outcasts for most of the summer after a quiet deadline day. The Reds signing only one player across the window, though were more active in moving out of favour players on.

But with Ibrahima Konate the only new addition to Klopp’s squad, it leaves the German facing a challenging situation.

The Reds were forced to settle for just qualification for the Champions League places after enduring a torrid campaign with injuries.

That saw them lose six home games in succession for the first time in the club’s history, a fatal blow to their title hopes.

A key part of that horrendous run of form was Klopp’s struggles to form a consistent centre-back pairing after injuries hit the department hard.

While Konate has arrived to help to solve those issues, the Reds’ squad does look to be on the light side in several areas.

JUST IN: Jurgen Klopp’s dream XI if Liverpool stumped up the cash in the summer

Central midfield is definitely one of those positions, with Georgino Wijnaldum having departed on a free transfer at the end of last season.

Academy product Harvey Elliott is the man who has replaced Wijnaldum in the squad, though he is also set to provide cover in the attacking areas.

If injuries and suspensions again strike Liverpool hard, that lack of cover in the squad could see Klopp forced to call on the players he was trying to move on in the summer window.

Stars such as Alex Oxlande-Chamberlain and Curtis Jones, both linked with summer exits, could come back into the fold if Liverpool’s squad becomes stretched.

Further forward among the attacking options, Klopp had been keen to move on Divock Origi, with Takumi Minamino also out of favour.

But having failed to sign any forwards in the window, the German could be forced to rely on the likes of Origi.

The likelihood of suspensions and injuries hitting Liverpool’s thin squad appears to be high, with most of the Premier League season still to be navigated.

The Reds will also hope to go deep in the Champions League this term, with the Carabao Cup and FA Cup adding to the workload.

Having attempted to move on players who had been outcasts, Klopp appears set to rely on them to drive his side’s title challenge.

Liverpool’s situation is in stark contrast to their rivals for the title this season, Chelsea, Manchester City and Manchester United.

All three clubs have remarkable strength in depth having been active in the summer window, with Chelsea and City possessing a wealth of quality options even among the substitutes.

This could be a long season for the Reds if their squad is hit by injuries or suspensions, with previous outcasts likely to come to the fore.
Source: Read Full Article