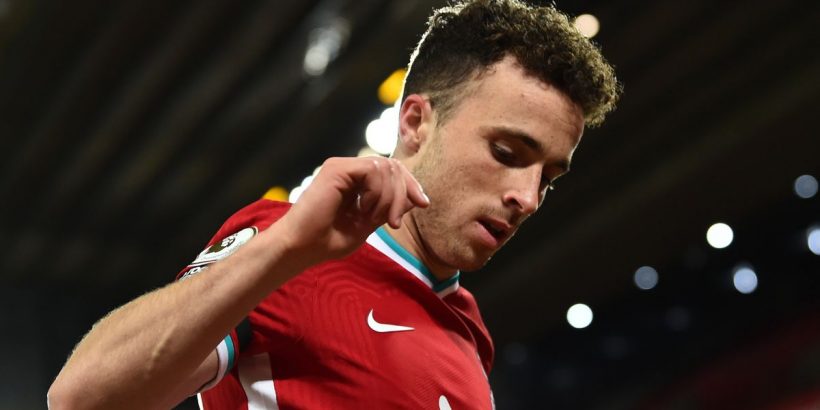 Liverpool forward Diogo Jota will miss their clash against West Brom as well as the rest of the Premier League season due to a foot issue he sustained this week.

The attacking midfielder has been a revelation since joining from Wolves last summer, but suffered from several injury problems across the season.

The 24-year-old has managed nine goals across 18 Premier League outings and a further four strikes in the Champions League, and his absence will be a blow to their chances of a top four finish.

The Reds take on West Brom on Sunday evening with the chance of going just a point behind Chelsea, with Burnley and Crystal Palace still to come.

"The forward sustained a foot issue during Thursday’s 4-2 victory at Manchester United and therefore won’t be involved at The Hawthorns."

"Jurgen Klopp is expected to give a further update on Jota’s condition during his media duties at the fixture."

Jurgen Klopp confirmed the news on Sunday before their calash at the Hawthorns, after the club noted that he wouldn't feature.

The German boss added a timeframe on his absence, with the eight days he predicted meaning he will miss three fixtures.

The Portugal international will now be tasked with recovering before Euro 2020 starts in June, with Liverpool going to reclaim Premier League glory next season.