Liverpool boss Jurgen Klopp has reportedly made it clear to club officials that Adama Traore is high on his wishlist when the transfer window reopens. Traore was tipped for a bright future long before he made the move to Wolves back in 2018.

He was a product of Barcelona’s famous La Masia academy and there were high expectations for him to make the grade at the Nou Camp.

But Traore struggled to make the step up before being sold to Aston Villa in 2015.

A spell at Middlesbrough soon followed before Wolves stumped up £18million to sign the Spaniard.

Traore’s pace was clear for all to see but Nuno Espirito Santo made it his personal mission to help the winger add some more end-product to his game. 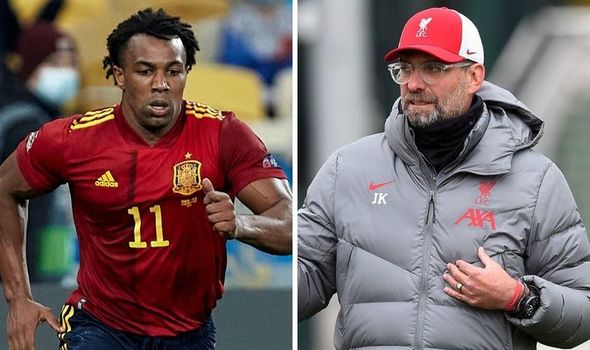 And it wasn’t long until Traore was striking fear into Premier League defenders, not only with his speed, but also his attacking prowess.

Last season, the 24-year-old scored six and provided 12 assists in all competitions including three goals in both wins over Manchester City.

His performances have led to Wolves slapping a £63million price-tag on Traore, who earlier this month made his international debut for Spain.

Liverpool were strongly linked with a move this summer but they ended signing his team-mate Diogo Jota.

Barcelona have also been linked with bringing the attacker back to Spain and Traore has given his thoughts on a potential move.

“We talk about everything, more general topics because I have been at the club for many years and so has he,” Traore said.

“We met in the academy, we spoke about things to do with the team, the things that we have happened together at Barcelona and we know each other well.

Traore would certainly give the likes of Mane and Salah a run for their money in a sprint race. 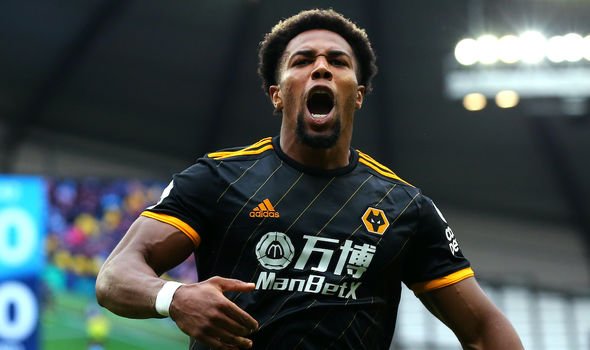 “It’s not my decision whether I would suit Barcelona, my mentality is to work every day to be better.”

And the rapid winger admits to be surprised himself at the speed he can run.

“I have never been tested,” Traore said of his pace over 100m.

“I’d like to, but the GPS tells me at the speed I’m going on the pitch.

“It surprises me sometimes, but it’s my style of play.”