Liverpool were not at their fluid best as Jurgen Klopp decided to field both Diogo Jota and Roberto Firmino in the draw at Manchester City on Sunday. The Reds boss was relishing his selection headache ahead of the contest, following Jota’s memorable Champions League hat-trick at Atalanta a week ago.

Klopp launched a passionate defence of Firmino ahead of the trip to the Etihad Stadium, claiming that the club would not even be playing Champions League football without the Brazilian.

There were eyebrows raised in the Manchester City dressing room at 3:30pm on Sunday, as Liverpool’s team sheet revealed both were starting.

It was something Pep Guardiola had considered in the build up to the game but many were expecting Klopp to revert back to his favoured 4-3-3.

Liverpool had plenty of joy in the first half and opened the scoring through Mohamed Salah from the spot. 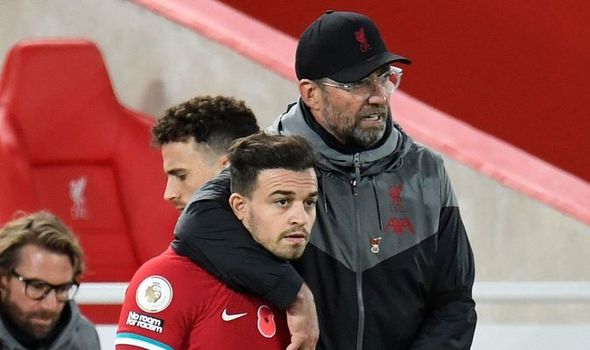 Gabriel Jesus struck an impressive equaliser as the teams shared the points in a cagey contest.

While the Reds looked dangerous before the interval, it was clear this was a formation they’ve used very rarely.

Liverpool looked short in midfield and the double pivot of Jordan Henderson and Gini Wijnaldum was constantly overrun by Kevin De Bruyne, Rodri and Ilkay Gundogan.

City then went like-for-like and changed to 4-2-4 themselves in an attempt to snatch a winner.

After the game, Andy Robertson revealed Liverpool are actively exploring the idea of playing new formations as they continue their evolution as a side.

He told RMC Sport: “We had four attackers on the pitch, Diogo’s form speaks for itself and Bobby is so important for the team as are the two wingers.”

Before adding: “The manager made the decision and we worked on it for the past couple of days and hoped that in the first couple of minutes we could surprise Man City.

“It’s another formation we can play with bringing in Diogo and then Shaq [Xherdan Shaqiri] came on.

“It’s a formation that we can use and it’s important that’s how we adapt as a team, by playing more formations and trying to surprise other teams.”

Liverpool already have a gatekeeper to a change of formation and it’s not in the form of Jota or Firmino.

Shaqiri is back in from the cold at Liverpool and it poses huge doubts as to why the Reds were even questioning letting him go. 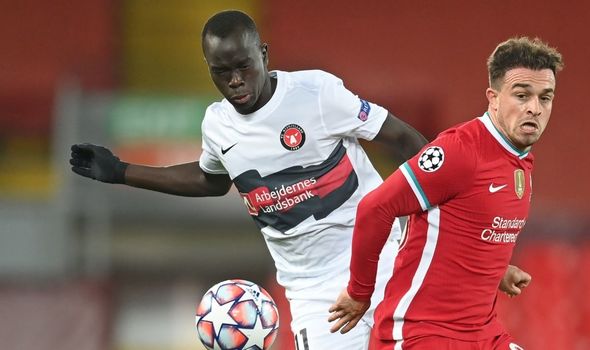 He is a two-time Champions League winner with World Cup experience and he brings attacking balance and quality in abundance.

In Shaqiri’s first full season at Anfield, he prompted a change in formation from Klopp.

The Swiss played as a No 10 in a 4-2-3-1 system which also included Sadio Mane, Firmino and Mohamed Salah.

Liverpool racked up seven straight wins to navigate a tricky December period which saw them beat Manchester United, Everton and Arsenal along the way.

Shaqiri was at the heart of Liverpool’s scintillating form and his end product and final pass was essential in feeding the front three. 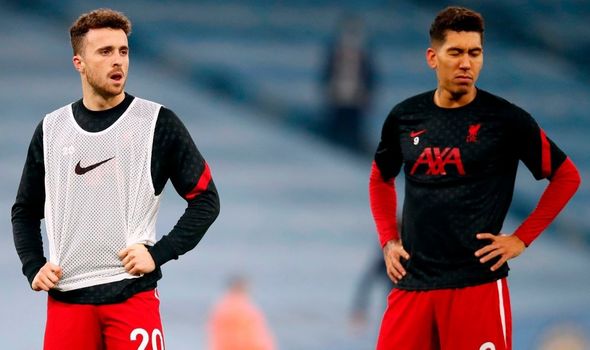 As proved in the recent win over West Ham when Shaqiri slotted through Jota for the vital winner, the former Stoke man has the ability to pick any lock.

Facing deep defensive blocks is one of the primary reasons Liverpool are looking to try new formations and systems.

When Plan A doesn’t work, Klopp has to try something different to unlock the door and Shaqiri remains arguably the only player who can change the whole dynamic of this Liverpool side without disrupting the balance.

That balance was certainly not there against City and it was a key reason why they did not win the game.

Shaqiri is worthy of more opportunities and he could have a big part to play this season, just a few months after his potential exit collapsed.

Klopp confirms Mo Salah WILL be available to play against Atalanta