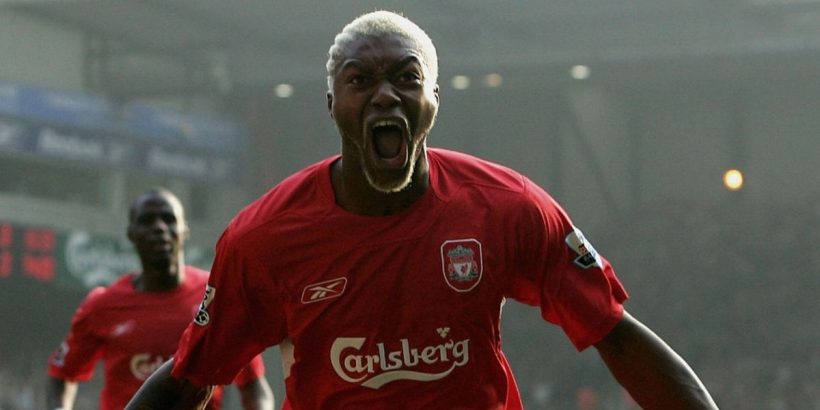 It's easy to forget that, when Djibril Cisse arrived at Liverpool in 2004, the Frenchman was widely regarded as one of the hottest strikers in Europe.

Indeed, big things were expected of the Frenchman following his £14million move from Auxerre and he enjoyed a promising start to life in the Premier League before a freak accident wrecked his progress.

In a Premier League clash with Blackburn, not long after his emergence as a leading figure in the Reds' attack under Rafa Benitez, Cisse suffered a double leg fracture when his boot got caught in the turf.

The shocking incident at Ewood Park was one of several injuries sustained by Cisse during his career, with his progress undoubtedly hindered by the unfortunate setbacks.

But it could have been a lot worse, with the charismatic Frenchman previously revealing that he could have had his foot amputated had it not been for the quick-thinking of medical staff.

Reflecting on the painful incident last year, he told talkSPORT: "I had a fracture and the bone snapped and came on top of the other. My blood circulation was not working and reaching my foot.

"The doctor said to me ‘I’m going to have to reduce the fracture’. I didn’t know what he was talking about so I just said 'do what you’ve got to do'. He counted to three and pulled my leg.

"Everything went fine and I think some months after I said 'why did you do this?'. He said ‘your blood circulation at your foot was irrigated, I don’t know if this is the right word. He said after 30 minutes to an hour it would have to be amputated'. So thanks to the doc."

Cisse returned to action to play a part in the Champions League-winning team in 2005 and scored 24 goals during an injury-hit three-year spell at Anfield.

He also represented Sunderland and Queens Park Rangers in the Premier League, while also earning 41 caps for France, before he called time on his career in 2019.

He added: "I had just signed for Liverpool (when it happened).

"I started the season well and scored in the first game against Tottenham. Then in October I broke my leg.