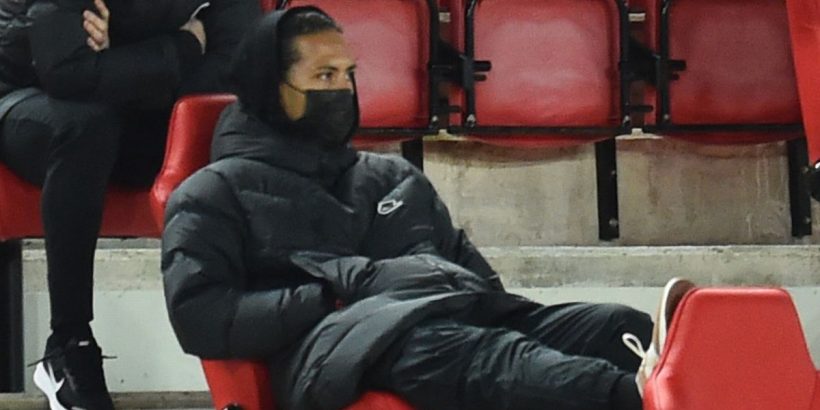 Liverpool’s boss Jurgen Klopp has admitted that his side’s defensive woes may continue into pre-season.

The Reds have been without Virgil Van Dijk, Joe Gomez and Joel Matip this season after injuries to the trio which have kept them out for the majority of the season.

It has seen the Anfield side bring in Ben Davies from Preston and Ozan Kabak on loan from Schalke as cover as well as promoting Nat Phillips and Rhys Williams from the academy.

But fans were given encouragement earlier this month as their £75m centre-back is entering the last stages of his recovery over Euro 2020. Klopp, though, has suggested that Liverpool will have to rely on their back-up defenders during their preparations for the 2021/22 season.

Speaking ahead of the Reds’ Premier League clash against West Brom, the German said: “Our new season will start in the summer with pre season and it's not certain the three guys will start with us.

“So first of all the boys who came in did incredibly well. I love what they did. “This year Nat and Rhys have created two proper careers because even when you are at an academy at whichever club, that is not written in stone.

“But now they have shown how good they are and everything is fine.

“We do need the numbers of centre-halves because we need to work on all the different things and step by step hopefully get the other guys back.

“But football and team selection is based on performances in training and pre-season friendlies or proper competition games so the door is always open.” Liverpool’s defensive struggles have seen them concede 54 goals this season, sitting fifth in the table with three games to go.

It is their only chance of securing Champions League football after getting knocked out in the quarter-finals, with only Chelsea and Leicester within catching distance.

While they suffered disappointment in the cup competitions, knocked out in the fourth rounds of the Carabao Cup and FA Cup.

READ MORE:Five stars Jurgen Klopp tried to sign for Liverpool this season – and how they fared