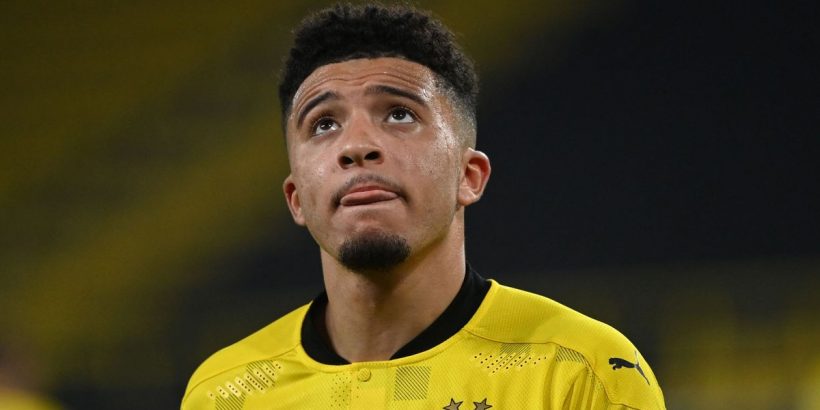 Liverpool are set to battle Manchester United for the signing of Jadon Sancho this summer, reports suggest.

The English wonderkid has been courted by United for some time now, after they failed to sign him last summer.

The Red Devils threw everything they had at trying to convince Borussia Dortmund to sell the forward, but couldn't get them to lower their asking price.

This summer, they're expected to go back in for him, but it now seems they'll face stiff competition for his signature.

Reports suggest Liverpool are considering making a bid of their own this summer, and are watching his situation closely.

Dortmund were reluctant to let him go last year, but are expected to lower their asking price significantly this time around.

There have been rumours that Dortmund will ask for around £50million this summer – over half the £108m they wanted last summer.

However, it has been claimed that Chelsea are also interested in making a move.

The Blues are expected to go all-out to try and bring in a new forward during the summer transfer window despite spending £250m on new assets last summer.

And BILD reporter Christian Falk believes Liverpool and Chelsea are both interested.

“That is indeed, true, Liverpool are looking at Sancho again,” he said, via Football Witness.

“He is on the list, especially because they don’t know what will happen with[Mohamed] Salah, who is always a bit on the move and thinking about a transfer.

“Chelsea are also very interested, as we have reported, and also Spain lures him again and again.

“If Salah were to be sold or he says he doesn’t want to be at the club anymore then there would surely be movement on Sancho with Liverpool.”