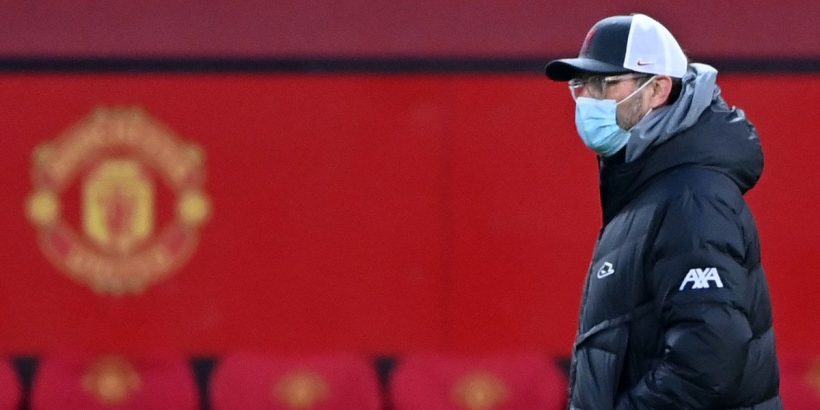 Liverpool will not ask the FA to award them the game, after their visit to Old Trafford was called off due to safety worries.

According to the rules, the governing body CAN declare the fixture will not be replayed at a later date, and instead award the three points to the Reds, if they decide it was “abandoned due to the conduct of one Club or its supporters”.

But the Anfield club have no interest in pursuing such an outcome, and instead will work with Manchester United to find a date for the fixture to be completed.

That will prove tricky, with the Manchester club involved in a Europa League semi final this week. They also have the following two midweek slots taken up with Premier League fixtures against Leicester and Fulham.

But United do have a free date on the weekend of May 15, when Liverpool are due to play West Brom on the 16th.

Liverpool have still to be given a date for their visit to Burnley, which is due to be played on one of the midweek days of May 18, 19, or 20th.

So it is possible if the West-Brom Liverpool game is brought forward, and the Burnley game put back, the fixture could be squeezed in around that time.

Alternatively, United may be asked to play two games in three days, with Liverpool having a free midweek next week, when United are due to face Leicester on May 12.