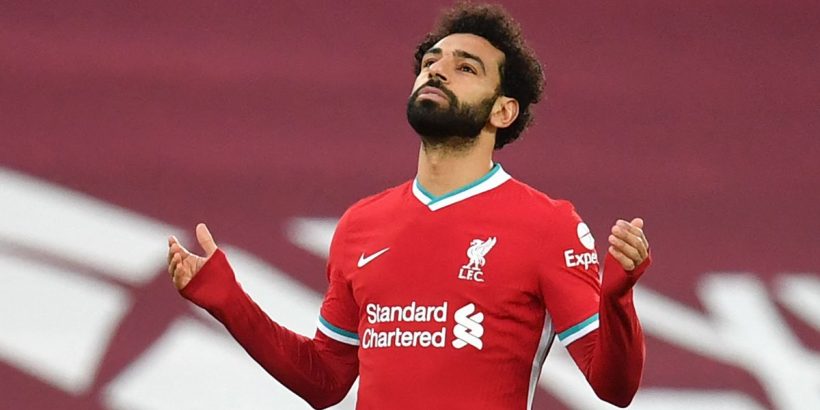 Liverpool may already have a replacement for Mohamed Salah out on loan this season.

Speculation has been rife about the Egyptian’s future after a campaign which will see the Reds end trophy-less for the first time in three seasons.

Having spoken about his future last year, Real Madrid and Barcelona have both emerged as potentially interested sides.

With 29 goals and five assists this season, Salah is the club’s top-scorer for the third season in a row from the right wing.

Should the 28-year-old lead, though, Liverpool have another right-sided forward in Blackburn loanee Harvey Elliott.

The 18-year-old was loaned out to the Championship side this season after developing with the U12 side at Anfield.

After a campaign with 43 appearances, he has finished with seven goals and 12 assists in all competitions – hitting the net in a 5-2 win against Birmingham to end the season on Saturday.

While he is not the top scorer for Blackburn, his creativity rate is only five away from the second division’s best in Norwich star Emi Buendia.

Recording 1.39 chances per game and a 78 per-cent pass accuracy in the Championship,

And his similarities to Salah have been pitched up by Kevin Gallagher, who won the Premier League title at Ewood Park in 1995 under Reds legend Sir Kenny Dalglish.

Speaking to the Liverpool Echo in November, the 54-year-old said: “He plays on the right-hand side of a front three for Blackburn, which suits him, because that is what he wants to do.

“For me, he is mimicking Mohamed Salah and the way that he plays has been fantastic. He has been a breath of fresh air.

“It is different from the Premier League but the style that Blackburn play is very similar to Liverpool.”

While Salah has been strong in front of goal, the forward has been accused of selfishness at times in poor performances.

And Gallagher believes Elliott offers more in this respect, with: “When he cuts in, he can see the simple pass, or he can also play risk passes, which I like about him.

“He is also not scared to track back and do the ugly stuff, helping out defensively.”

Elliott is heading back to Anfield this month, with Blackburn ending their season 15th the in the table.

READ MORE:Mohamed Salah reveals 'no-one it talking' to him about new Liverpool contract