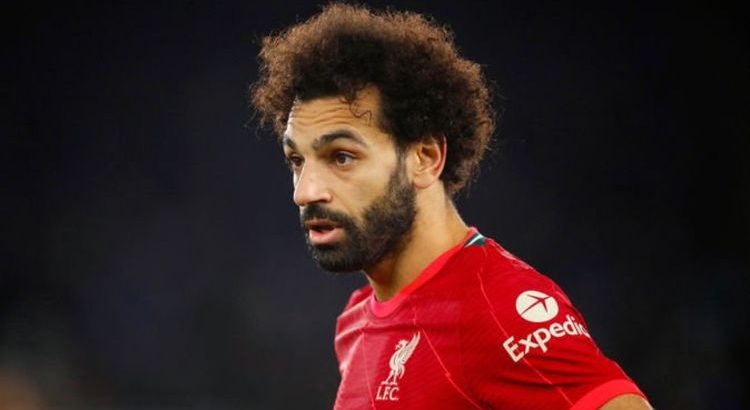 Liverpool are reportedly short of a contract agreement with Mohamed Salah, even though the Egyptian has publicly suggested that his demands are reasonable. The flying winger is into the final 18 months of his deal at Anfield, and as the Premier League’s leader in goals and assists, his prospective exit would be a huge loss for Jurgen Klopp and the fans.

Having jetted off to the Africa Cup of Nations, Salah’s absence was harshly felt against Arsenal on Thursday evening.

His partner on the opposite flank, Sadio Mane, was missing for the same reason as the Reds stumbled to a 0-0 draw with the Gunners.

The result was made much worse by the fact that Granit Xhaka was sent off after 24 minutes, and Liverpool failed to register a single shot on target until second-half stoppage time.

It highlighted the Reds’ dependance on their star attackers, with little cutting edge to trouble the visitors for large parts of the game.

Even so, Liverpool are seemingly reluctant to cave into Salah’s contract demands, and The Telegraph claim that the club are ‘not prepared’ to meet them in their current state.

Klopp and co. have been reluctant to address the behind-the-scenes negotiations in public, even after Salah himself recently spoke out about the situation.

“I want to stay, but it’s not in my hands. It’s in their hands. They know what I want. I’m not asking for crazy stuff,” he told British GQ.

“The thing is when you ask for something and they show you they can give you something because they appreciate what you did for the club.

“I’ve been here for my fifth year now. I know the club very well. I love the fans. The fans love me.

“But with the administration, they have [been] told the situation. It’s in their hands.”

Salah is already amongst the club’s highest earners, with Virgil van Dijk and Thiago Alcantara also believed to be earning in the region of £200,000-a-week.

But since gaining even more adulation this campain and finishing seventh in the 2021 Ballon d’Or voting, The Independent claim that he is aiming to catapult his pay packet to as much as £380,000-a-week.

Caving in could set a worrying precedent for the club going forward, as well as causing potential upset in the dressing room.

Salah and the fans have enjoyed a superb relationship since his arrival from Roma in 2017.

But his contract situation has bubbled on for a long time now, and the 29-year-old has spoken fondly of European giants Real Madrid and Barcelona in the past.

As time ticks on, Liverpool will be keen to resolve the situation before the summer, when they could be forced to cash in on the Egyptian while they still can.