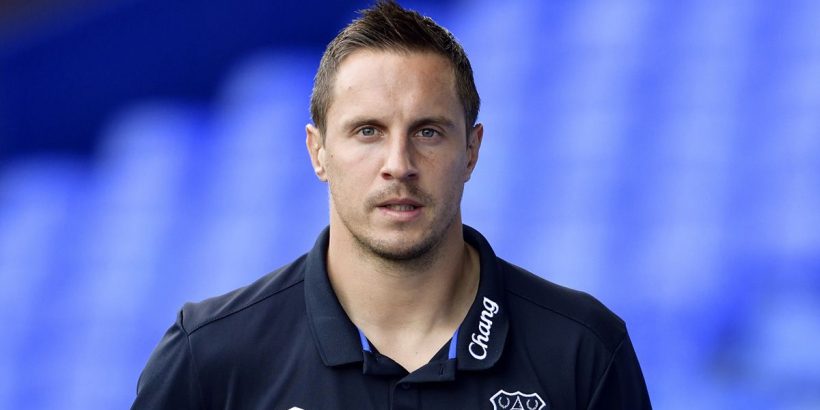 The son of Everton legend Phil Jagielka has reportedly put pen to paper on a deal with Liverpool.

Unlike his centre-back father, 13-year-old Zac plays up front and has joined the Reds' academy from a local grassroots team.

Jagielka made 385 appearances for Everton in all competitions, scoring 19 goals, and was a mainstay in the Toffees' defence for 12 seasons.

But Zac will be pulling on the red shirt of Liverpool as he links up with his teammates in the Under-14s.

The youngster is tipped to have a bright future as a footballer and is also a talented at golf.

That's according to the Daily Mail , which adds Zac has made a good impression at Liverpool's Kirkby base.

Meanwhile, Jagielka senior left Everton to rejoin Sheffield United in 2019 and has made six appearances this season.

The 38-year-old – who won 40 caps for England – was named man of the match for his role in the Blades' shock 2-1 win at Manchester United last month.

What are your memories of Phil Jagielka in an Everton shirt? Have your say in the comments.

Jagielka may be set for a major role during the run-in after Sheffield United boss Chris Wilder confirmed John Egan suffered a foot injury.

"John's going to be out for eight weeks. He needs an operation on a dislocated toe," said Wilder.

"It wasn't self-inflicted, such as a soft tissue injury. This was a situation where John's gone to block a shot.

"It was the action of a committed, brave player but straight away we knew he was in trouble.

"We're really disappointed to lose him for eight weeks."

Egan joins long-term absentee Jack O'Connell on the sidelines, with the latter making just two appearances before suffering a major injury at the start of the season.

The Blades find themselves rock bottom of the Premier League and 14 points adrift of safety ahead of their trip to fellow stragglers Fulham on Saturday.