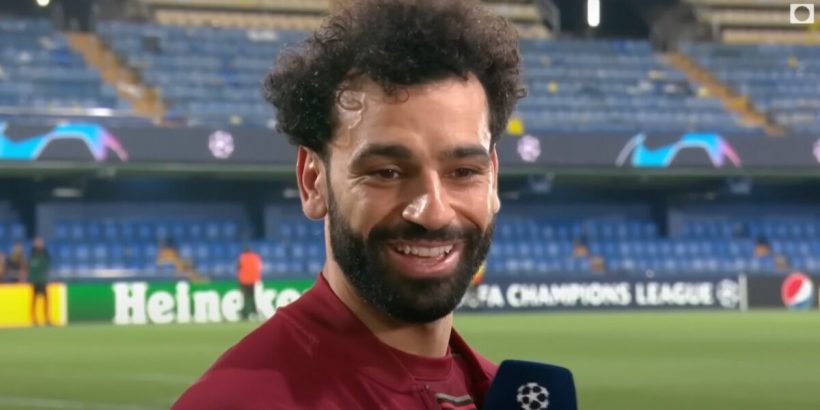 Mohamed Salah has admitted he wants to play Real Madrid in the Champions League final next month. The Liverpool forward revealed he favours a clash against the Spanish giants over Manchester City as he is seeking redemption for the heartbreak he endured back in 2018.

The Egyptian professed his presence after the Reds secured their spot in next month’s European showpiece following a 3-2 comeback success over Villarreal on Tuesday night, which subsequently saw Jurgen Klopp’s side advance 5-2 on aggregate. Speaking to BT Sport following the full-time whistle, Salah said: “I want to play Madrid, I have to be honest.

“City’s a really tough team, we play against them a few times this season. If you ask me personally I would prefer Madrid.”

After being probed by Peter Crouch on the reasons behind wanting Real Madrid over City, Salah added: “Because we lost in the final before against them. So I want to play against them, hopefully win it against them as well.”

Back in the Champions League final of 2018, Liverpool’s star forward was left to watch on as his side fell to a 3-1 defeat to Los Blancos after he suffered a shoulder injury only half an hour into the contest. The Egyptian was contentiously dragged to the turf by then Real Madrid captain Sergio Ramos before landing heavily on his shoulder.

The Spanish veteran was widely condemned for his reckless play in Kyiv, with Liverpool manager Jurgen Klopp branding the challenge “ruthless and brutal”. Despite Sadio Mane cancelling out Karim Benzema’s opener on that occasion, a Gareth Bale double saw the La Liga side clinch a record-extending 13th European crown.

Not only does Salah have a Real Madrid reunion in his sights, but the 29-year-old also admitted he is eyeing an unprecedented quadruple this season. “For sure,” he responded when asked whether a four-trophy haul was Liverpool’s target come the end of this campaign.