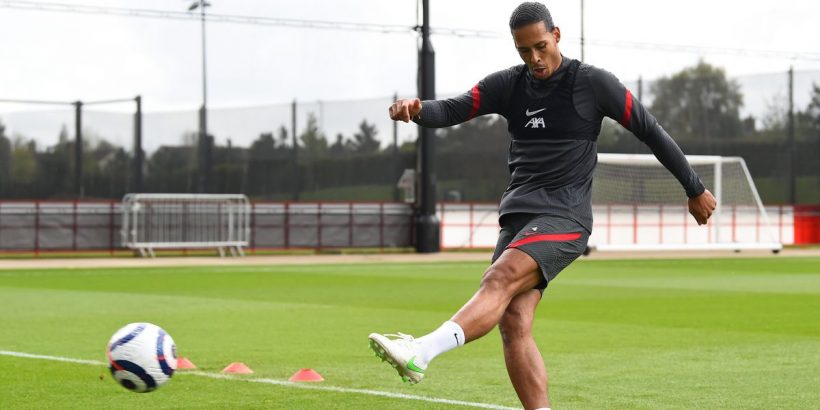 Liverpool star Virgil van Dijk has revealed that he tries to copy tennis legend Roger Federer in his approach to defending.

The Dutchman, who arrived at Anfield for £75m in January 2018, has been sorely missed this season after picking up an ACL tear in October’s Merseyside derby.

Before his clash with Everton goalkeeper Jordan Pickford, the defender had earned personal accolades from UEFA, Premier League and the PFA for his defending.

And the 29-year-old has revealed that he tries to emulate another sporting legend when he is on the pitch.

Speaking in new book Thou Shall Not Pass: The Anatomy of Football’s Centre-Half by Leo Moynihan, the Reds star said: “Some people suggest I make the game look easy, but trust me, every game is very tough.

“We play against world-class strikers, very physical strikers, and never am I thinking, ‘This is easy.’ Maybe though, I want my opponent to think I am.

“Look at Roger Federer. If you see him play tennis, you think he doesn’t sweat. Mentally, that must be so tough for his opponent, who will think he’s not trying.”

The Swiss tennis star has won 20 major titles over his illustrious career, a joint all-time record with rival Rafael Nadal.

“Sometimes I think like that. Try to get into the head of the opponent, not by talking to him, not by kicking him, but trying to make him think that if he is going to play well or score today, he’s going to have to step up.

“Yes, you have to be confident in your own ability, otherwise people will walk all over you. There are other ways to win games; you don’t have to kick or curse people out.”

Van Dijk has made the decision to not represent Holland at Euro 2020 this summer due to the recovery from his injury.

But it is believed that the Dutchman was pressured by Reds manager Jurgen Klopp to step away from the tournament to be fit ahead of the 2021/22 campaign.