Fabinho and Roberto Firmino have joined the camp in Austria, with Mo Salah also pictured getting stuck into training.

The Brazilian pair were late arrivals after their season was extended all the way until the Copa America final when Brazil’s run was stopped by Argentina. 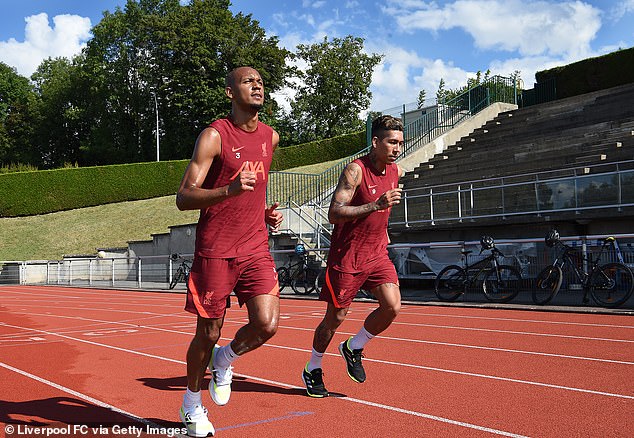 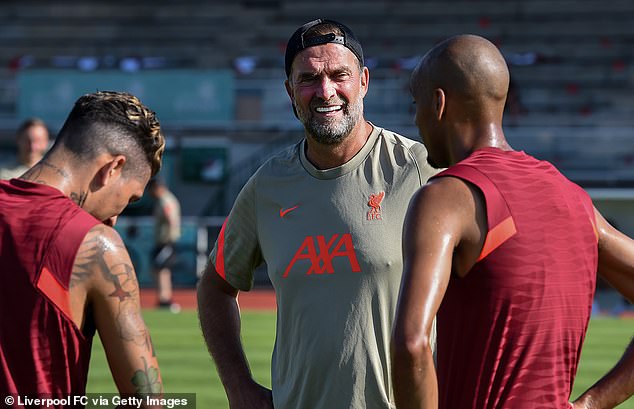 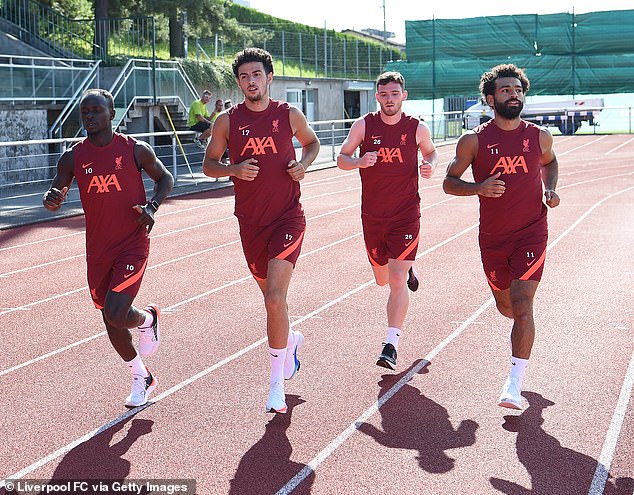 Fabinho suffered three stints on the sidelines with injury last season and will be looking to get fit and avoid more issues, while Roberto Firmino must find his shooting-boots after a modest season in front of goal.

Meanwhile, the new Anfield arrival Ibrahima Konate has been already been hard at work preparing for his debut Premier League season after a £35m move from RB Leipzig.

Konate has already pulled on a red shirt for friendlies against Mainz, Stuttgart and Wacker Innsbruck as he assimilates into the squad.

The centre-back has given an insight into the intensity of Klopp’s sessions, as he gets up to speed with the Red’s hard-running style of play. 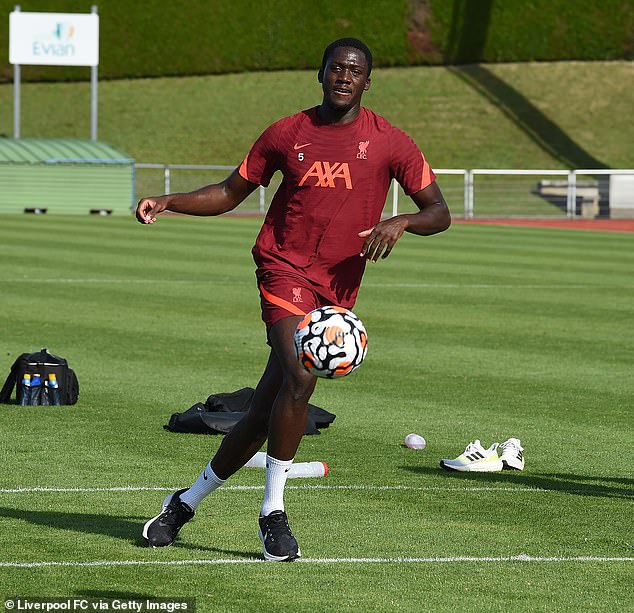 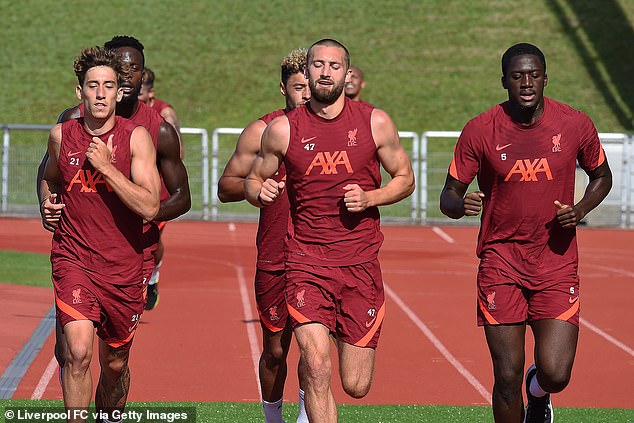 ‘For sure [it’s tough], but I don’t care about this,’ Konate told the club website.

‘We are here, we are a good and big team and we have to run and we have to win the intensity in the games. For this, the training is hard but when the work is hard we will be better.

Konate will need to be ready to be involved from the start when the Reds kick-off their season against Norwich on August 14, with the Anfield side still missing two key men.

Joe Gomez and Virgil van Dijk’s injuries were at the heart of Liverpool’s collapse out of the title race last season, and the pair are still building back towards match fitness after a long time out. 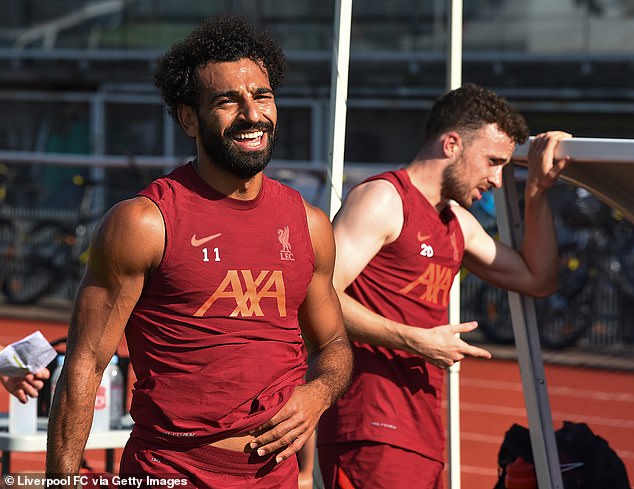 The Reds are aiming to bounce-back from a disappointing season, starting at Norwich 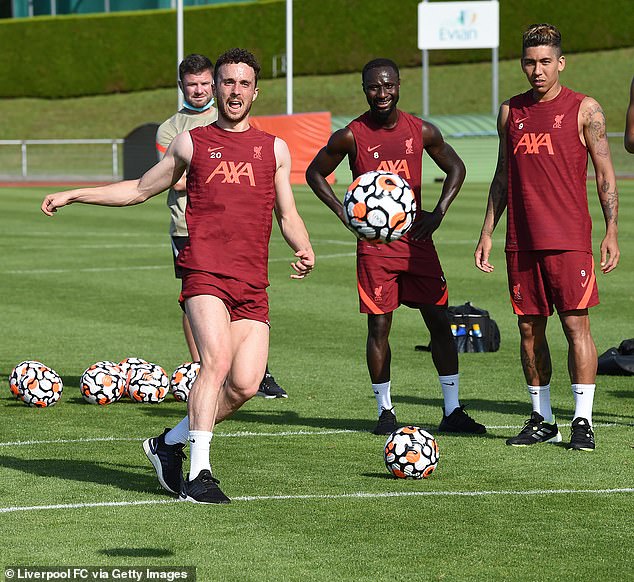 Diogo Jota was involved with Portugal at Euro 2020, and has been getting into target practice

Konate is feeling ready, revealing he is enjoying mixing with his new team-mates after his summer move.

‘I am very happy to start my first minutes with the team,’ the Frenchman added.

‘I have a good relationship with all the players in the team and for this, I am very happy to be here.

‘I can speak French with some players, but I can also speak English with other players – and German, too. It is easy to speak with the players and communicate, I don’t have a problem with this.’