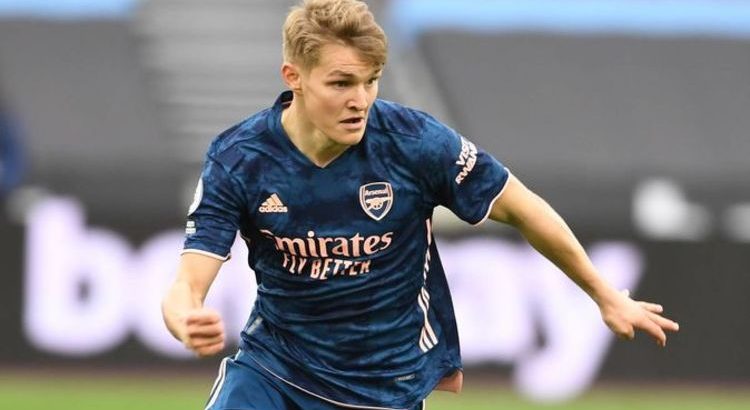 Liverpool have been told to hijack Arsenal’s prospective move for Martin Odegaard in the summer when the midfielder is scheduled to return to Real Madrid. The Norway international is on loan at the Emirates but a permanent transfer is in Mikel Arteta’s mind after an impressive start.

Liverpool fans are desperate to see their club beat Arsenal to the signing of Odegaard after his bright start to life in the Premier League.

It comes after his stellar display against West Ham where he roped his side back into the match.

The Gunners found themselves 3-0 down after 30 minutes and Arteta was staring an embarrassing defeat at the London Stadium on Sunday.

But Odegaard took the match by the scruff of the neck and Arsenal were worth at least a point after clawing back to 3-3 late on through Alexandre Lacazette. 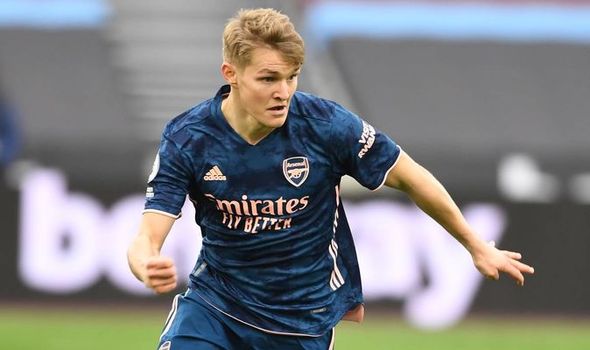 It continues the Norway international’s fine form in recent weeks, with two stunning goals in the bank against Olympiacos and Tottenham.

Arteta is prepared to make his loan from Real Madrid permanent in the summer but Liverpool fans are desperate to see their club launch a late bid instead.

One fan said: “Liverpool needs a CAM like Odegaard.”

Another wrote: “We should have been all over Odegaard. He’s a Liverpool fan as well, unbelievable player.”

While this supporter said: “Get this Odegaard lad in a Liverpool shirt next season.”

“Martin Odegaard is some footballer. A player Liverpool have been looking for since Coutinho left,” another posted.

A fourth tweeted: “Soon to be Liverpool’s Odegaard. He supports Liverpool as well. You love to see it!”

And this fan said: “Martin Odegaard at Liverpool that’s what I need make his dream come true.”

Meanwhile, Arteta has admitted the 22-year-old has been a huge success since his loan move in January from the Bernabeu. 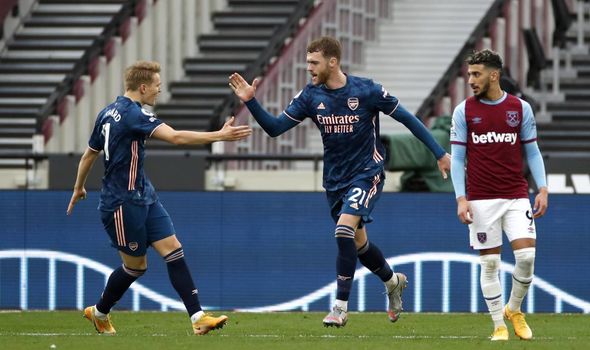 “I think he had an incredible performance, he was very intelligent the way he read the game, the way he affected the game and again he showed how much he wants to win,” he said.

“When everyone was a little bit trembling, he gave us that composure on the ball and he created chance after chance.

“I love talented and creative players that all the time are willing to take that ball and make things happen, that are mobile and also hard-working. He is one of them.

“We have some others with different qualities but it’s true that Martin is now giving us a different level on certain things that we didn’t have.”