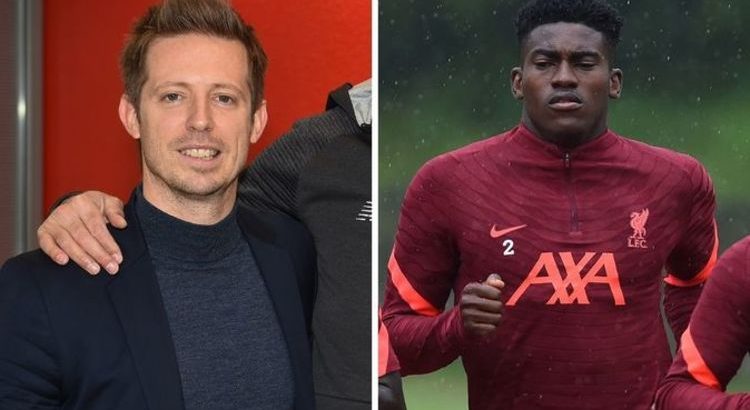 Liverpool are reportedly set to receive £17million for the permanent sales of Taiwo Awoniyi and Marko Grujic, which could help fund their second incoming of the summer. Ibrahima Konate has so far been the only new addition to Jurgen Klopp’s squad this summer, having joined from RB Leipzig for £36m.

The young defender has already joined up with his new team-mates for pre-season training and is set to make his first appearance in two 30-minute mini-games against Wacker Innsbruck and Stuttgart today.

Signing a centre-back was a key target for Liverpool at the end of last season following the injury crisis at the club.

Ozan Kabak was overlooked as Liverpool weren’t prepared to pay the £18m required to buy him permanently from Schalke.

Reports have indicated that Liverpool aren’t expected to do much more business in terms of incomings.

They are however looking to offload a number of fringe players from Klopp’s squad and it appears as though £17m will soon be coming in.

According to Goal, terms have been agreed for Awoniyi to join Union Berlin for £6.5m while Grujic is set for a permanent switch to Porto for £10.5m.

Awoniyi hasn’t played for Liverpool’s first team having joined the club six years ago, but this summer was the first pre-season camp the Nigerian was involved in.

More outgoings are expected with the likes of Harry Wilson, Ben Davies and a host of others attracting interest.

Liverpool owners FSG have long operated on a sell-to-buy transfer plan and this summer appears to be no different.

They need to raise funds in order to return to the market for their top targets.

But selling Awoniyi and Grujic for a combined £17m may be enough for Liverpool to make their second move in the transfer window.

Signing another forward is seen as a top priority and Donyell Malen has been heavily linked with a move to Anfield for around £26m.

Liverpool face strong competition from Borussia Dortmund, who have earmarked Malen as a replacement for Jadon Sancho.

But the 22-year-old forward is seen as also seen as a perfect option for Klopp’s attacking options.

And he proved his playmaking skills at Euro 2020 as he set up two goals in four appearances.