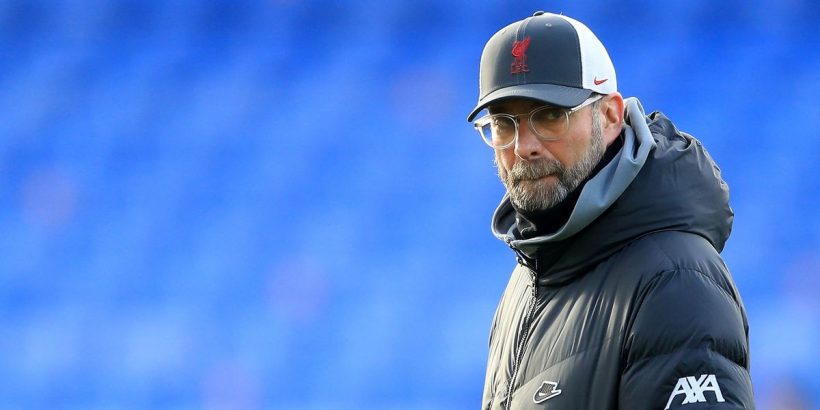 If there was still anyone who downplayed Liverpool's lack of defenders as a serious issue for the club then surely they would have been silenced at Southampton on Monday night.

The sight of Jordan Henderson – a Premier League and Champions League winning midfielder – lining up at the back alongside Fabinho – another midfielder up until this season at least – certainly spelled out just where Jurgen Klopp's men were short.

Sure they did have both Nat Phillips and Rhys Williams on the bench, but they have already come to rely too much on a pair of players who have seen much more action than they would have expected this season.

Phillips, 23, was just hours away from a move to Championship, probably his true level, before the last transfer deadline, while teenager Williams played on loan at Kidderminster Harriers last season and wasn't considered anywhere near the first-team at the beginning of this campaign.

The duo, as well as Henderson and Fabinho, have been thrust into action in the absences of key men of course, with Virgil van Dijk and Joe Gomez still both out for a prolonged period of time and Joel Matip's suitability as their replacement often let down by his fitness.

So what do Liverpool do? Break the bank in January to try and replace Van Dijk and Gomez, look for smaller, perhaps short-term deals in order to paper over the cracks, or simply stick with what they have?

Fans would be angry with the third option given recent form, and a new study has now shown that the first option might just be too difficult to achieve.

The CIES Football Observatory's biannual list of the top 100 most expensive players in the game today features both Van Dijk and Gomez, with the pair coming out at a combined fee of £127.5m if they were on the transfer market today.

Van Dijk (£75.2m) and Gomez (£52.3) simply can't be easily replaced then, and so Liverpool are likely to have to get creative this month if they want to bring in new blood.

Klopp and co will know exactly what they need, but it still remains to be seen whether they can pull any deals off.

Will Liverpool win the Premier League again? Have your say in the comments below