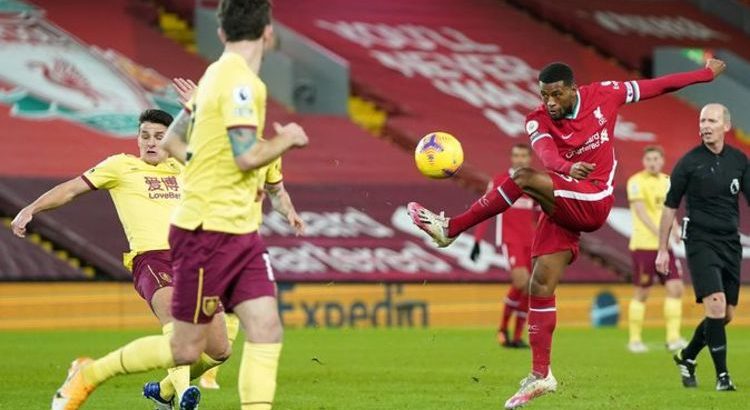 Liverpool midfielder Georginio Wijnaldum believes that his side were not ‘sharp’ enough to deserve a positive result against Burnley on Thursday night. A late penalty from Ashley Barnes sealed an impressive 1-0 win for the Clarets against all odds to bring an end to Liverpool’s 68-game unbeaten run at Anfield.

Barnes was tripped in the penalty area by Reds goalkeeper Allison with just eight minutes remaining on the clock, with the Austrian striker duly slotting home to lift Burnley up to 16th place in the Premier League table.

The Reds pushed Burnley hard during the second half but saw their efforts curtailed by a strong defensive performance from the unfancied visitors and a brilliant showing from Nick Pope between the sticks.

Speaking after the final whistle, Wijnaldum claimed that Liverpool were not ruthless enough to avoid defeat, but called on his team-mates to dust themselves off and go again with a huge FA Cup clash with bitter rivals United awaiting them on Sunday.

“A really tough one,” Wijnaldum told Sky Sports. “Before the game we had good intentions to play against Burnley. We wanted to play good possession play.

JUST IN: Klopp has simple Liverpool transfer decision to make after Burnley 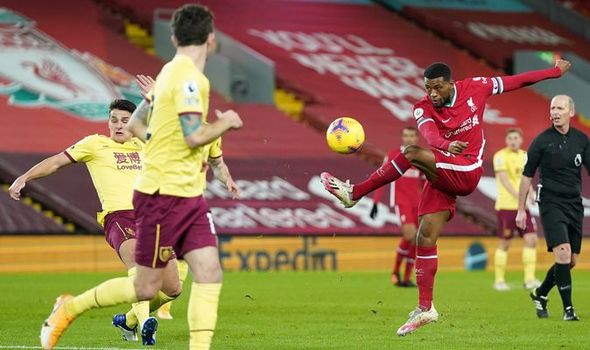 “We created enough to score a goal but unfortunately we couldn’t. We were not sharp enough and they got the penalty.

“We had 100% chances. Now in the situation we are in we are struggling to score. It is difficult to explain.

“People from outside will say we don’t have confidence. I still think we do. You shoot against the keeper and a lot of chances we get we are not 100% greedy to score a goal.

“We have to keep on going. We have to not think about a tricky moment but perform. The next game is Manchester United and we have to try and win it.”