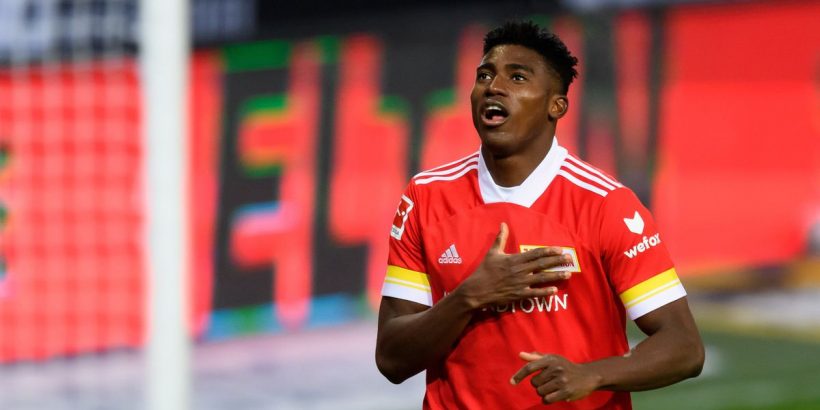 Liverpool could be handed a transfer boost this summer as the club's forgotten man Taiwo Awoniyi has finally been granted a work permit.

Awoniyi has been on Liverpool's books since 2015 but has been on no fewer than seven loans to six different clubs in that time while remaining ineligible to play in England.

The 23-year-old is currently plying his trade for Union Berlin in Germany but is expected to join up with Liverpool's squad in pre-season.

However, it appears Liverpool already have ideas about selling the Nigerian striker permanently this summer after reportedly holding talks with several other clubs.

According to Goal, the Reds have been in touch with Fulham, Stoke and West Brom, as well as Stuttgart and Wolfsburg, while Union Berlin are keen to retain Awoniyi's services.

Liverpool value Awoniyi at £8million and are holding out for that price.

Belgian club Anderlecht had a bid of £5m turned down previously and it is thought they are also considering a fresh offer.

It would be a significant mark-up on the £400,000 Liverpool paid to sign Awoniyi from the Imperial Soccer Academy in Nigeria.

By that stage he had already represented his country at the Under-17s World Cup, bagging four goals in tournament as Nigeria ran out eventual winners.

Since then his career has taken in spells at FSV Frankfurt, NEC, Mouscron (twice), Gent and Mainz before his loan to Union Berlin this season.

He has made 21 appearances in total so far in this campaign, scoring five goals.

It was his involvement in so many Bundesliga fixtures which qualified him for a UK work permit.

Awoniyi had been involved with Liverpool's academy side prior to joining Union Berlin but it seems likely he will now be moved on rather than kept at Anfield to develop further.