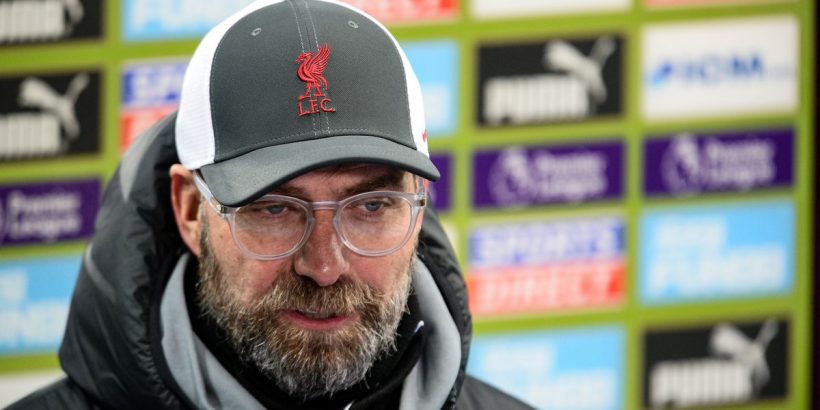 Jurgen Klopp has been accused of attempting to influence referee Paul Tierney.

Liverpool host Manchester United at Anfield on Sunday and could end up six points behind their bitter rivals should they slip to a third Premier League defeat of the season.

The German boss hit out at the awarding of penalties to United earlier this month, something which left his rival boss Ole Gunnar Solskjaer feeling defensive.

Mark Clattenburg, who was a Premier League referee between 2004 and 2017 has now given his thoughts on the matter, and he has been rather critical of the Champions League winning boss.

In his column for the Mail, he wrote: “Jurgen Klopp must be getting worried, because his comments last week about Manchester United and penalties were straight out of Sir Alex Ferguson's playbook.

“It was mind games — an attempt to influence referee Paul Tierney and get inside his head before a huge match between Liverpool and United this Sunday.

“Klopp was correct when he said United have won more penalties in two years than Liverpool have in his five and a half at Anfield. He was smart, because his comments could not get him into trouble with the authorities.”

Clattenburg went on to question whether Klopp was insinuating that there is a conspiracy on the part of referees and officials, before pointing out that for five of United’s 11 penalties so far this season contact was initiated by their own players.

Klopp said after his side lost to Southampton: "I hear now that Manchester United had more penalties in two years than I had in five-and-a-half years.

“I’ve no idea if that's my fault, or how that can happen. But it's no excuse for the performance.

“We cannot change it, we have to respect the decisions."

With Solskjaer saying in response: "That's a fact? Probably.

"That's probably going to be my answer, that's a fact that we've got more than them.

“I don't count how many penalties they've had, so if they want to spend time on worrying about when we get fouled in the box… I don't spend time on that."