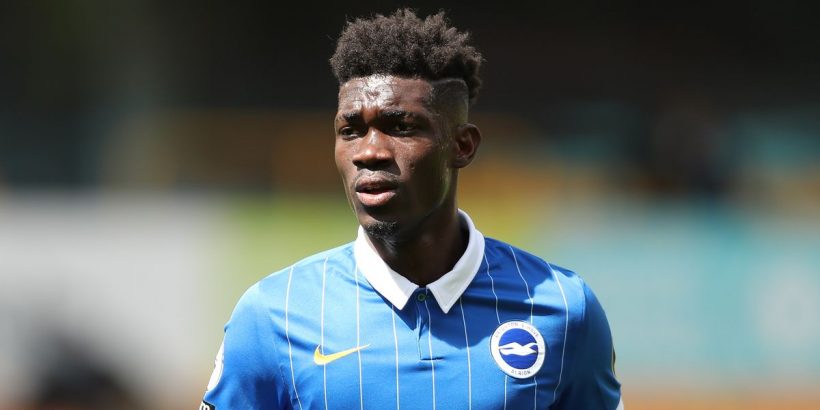 Liverpool have been linked with Jadon Sancho and Yves Bissouma as Jurgen Klopp looks to change up his side in the summer transfer window.

Klopp is set to his the refresh button on the squad that carried the Reds to Champions League and Premier League glory in successive seasons, with Gini Wijnaldum is set to leave, while rumours persist that Mohamed Salah could be on his way out.

Borussia Dortmund star Sancho could be the ideal replacement for Salah if the top scorer is tempted by a move to Real Madrid, Barcelona or PSG.

And Liverpool could battle Arsenal and Manchester City for Bissouma's services with Klopp said to be taking a personal interest in the midfielder as a potential replacement for Wijnaldum.

Here, Daily Star Sport looks at the Reds' possible line-up next season if both players sign during the summer.

Alisson is regarded by many as the world's top goalkeeper, even if he has made a few slip-ups this season.

The Brazilian has been crucial to Liverpool's success ever since he signed from Roma in 2018 for £65million, at the time a world-record fee for goalkeeper.

And the 28-year-old will be the Reds No1 next term as Klopp looks to re-establish his side at the top of English football.

Liverpool will hope to have Virgil van Dijk, Joe Gomez and Joel Matip back for next season in what will be like a triple signing following this season's struggles.

But Van Dijk could have a new partner in defence with Liverpool reportedly chasing promising RB Leipzig centre-back Ibrahima Konate, while Ozan Kabak could also be signed from Schalke on a permanent deal.

And Trent Alexander-Arnold and Andy Robertson are nailed on as full-backs after their exploits in recent seasons.

Fabinho has filled in impressively at centre-back this season, but he was badly missed at the base of Liverpool's midfield – especially after skipper Jordan Henderson was sidelined by injury.

They will likely be the first names on Klopp's team sheet in the middle next term – with Bissouma potentially adding his box-to-box dynamism in an all-action engine room after the 24-year-old reportedly told Brighton he wants to leave.

The manager will be able to call on other options such as Thiago, James Milner, Naby Keita and Curtis Jones, while Alex Oxlade-Chamberlain could be on his way out as well as Wijnaldum.

Few Liverpool fans will want Salah to leave, but if he is tempted away the Reds can spend his transfer fee on England winger Sancho.

The Dortmund star could be available for around £80m, and would be a ready-made replacement on the right of the Reds' attack for years to come.

Sadio Mane scored against Southampton on Saturday after struggling to hit top form this season, and the manager will hope to have him back at his best on the left flank next term.

Up front, Klopp will have the luxury of choosing Roberto Firmino and Diogo Jota. The latter offers more a more prolific scoring record – which would be crucial in replacing Salah's huge goal contribution.

But Reds fans know the qualities Firmino brings with his work rate and intelligent link-up play – giving Liverpool options for a fluid attack that can get them back to the top.

READ MORE: John Barnes' ideal Liverpool transfer to replace Wijnaldum could prove to be a bargain