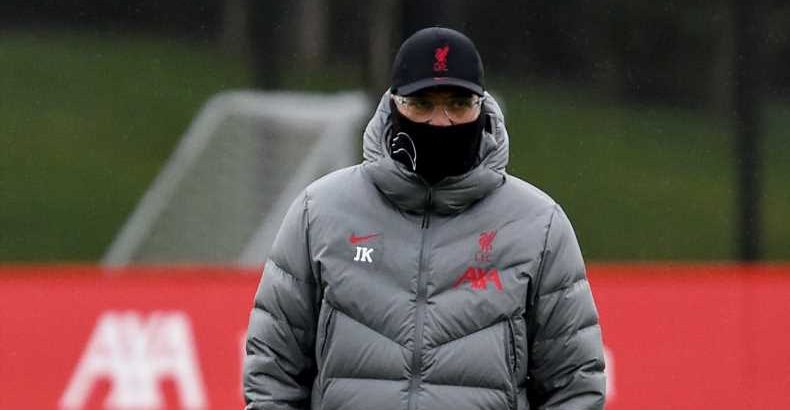 Former Liverpool defender Jamie Carragher has said the club’s chances of retaining the Premier League depend on coach Jurgen Klopp buying a centre-back this month.

The January transfer window is now open and presents the English champions with an opportunity to make defensive reinforcements in a season in which first-choice centre-backs Virgil van Dijk and Joe Gomez are both out injured.

The pair are not expected to return until late in the season, if at all, and failure to replace either man could prove catastrophic to Liverpool’s hopes of a second consecutive Premier League title, according to Carragher.

“I can’t see Liverpool winning the league if they don’t buy a centre-back,” the former Liverpool defender told Sky Sports after the Reds were beaten 1-0 by Southampton in the top flight on Monday night.

Midfielders Jordan Henderson and Fabinho filled in at centre-back for the fixture at St Mary’s, where Liverpool’s defeat saw them hand the initiative to rivals Manchester United in the title race; Ole Gunnar Solskjaer’s team can go three points clear at the top of the table if they win their game in hand.

“I said that after the Everton game [on 17 October], when Van Dijk was injured, but I think it’s a really tough ask if they don’t bring anyone in.

“The fact they played Jordan Henderson at centre-back is not going to do a lot for the two lads on the bench [Rhys Williams and Nat Phillips] and their confidence if they have two midfielders playing there.

“Henderson is not a centre-back. He did well, but it’s not his position.”

Fellow central midfielder Fabinho is more accustomed to stepping in as a makeshift central defender, but the role is more foreign to captain Henderson.

Despite the apparent need for further options in the position, Klopp this week suggested that the club would not look to buy a central defender.