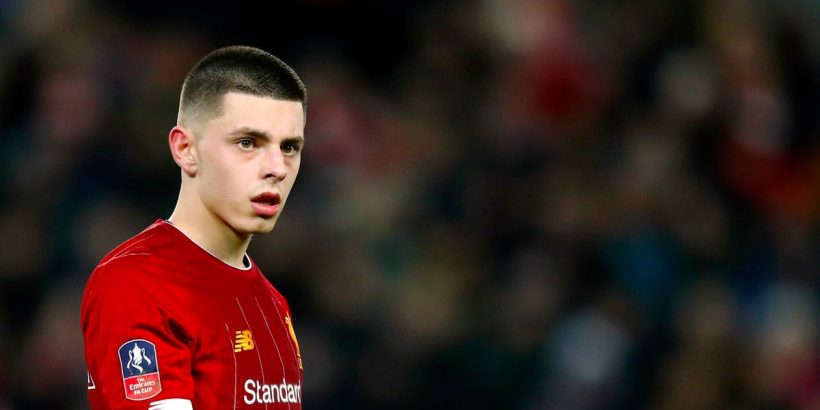 Livingston have signed England Under-20 international Adam Lewis on a season-long loan from Liverpool.

The versatile left-back spent last season on loan with both French second division side Amiens and Sky Bet League One club Plymouth where he made 20 appearances.

The 21-year-old has been with the Liverpool academy since under-six level and captained the under-18s under Steven Gerrard. He has represented England at four different age groups.

Lewis has made one first-team appearance for Liverpool, in an FA Cup win against Shrewsbury in February 2020.

Livi manager David Martindale said: “I am excited to bring a player of Adam’s quality in to the club.

“From the first phone call that led to me researching the player, I have had nothing but positivity about the lad. I really like what I have seen from the footage and the opinions I have had back on the player have all been very good.

“Adam can play anywhere on the left-hand side but has played a lot at left-back. I think with the qualities he possesses, we will see him higher up the park influencing the game in the opponent’s half.

“He has a great left foot and can look after the ball in tight situations. He is a competitor with a will to win and fits right into the ethos at the club.

“He is taking a big chance by moving his young family up to Scotland which speaks volumes for the lad. I have no doubt we will be a good fit for one another.

“It’s fantastic to be trusted with players of this calibre from one of the biggest football clubs in the world and hopefully this leads to further Liverpool FC prospects making their way up to Livingston FC.

“It’s a win-win for both parties as we get a player whom financially would not be on our radar and the player gets some much-needed game time to progress and enhance their development in a very competitive league.”