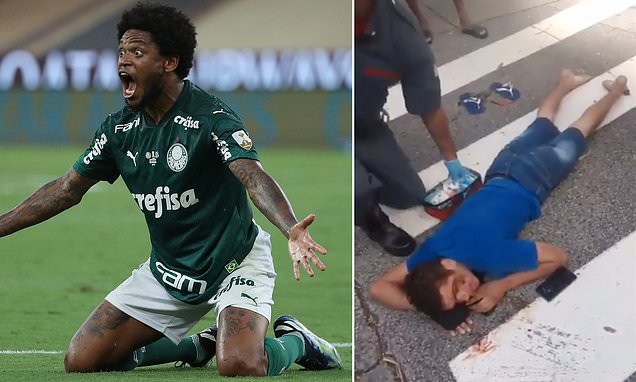 Brazilian footballer Luiz Adriano tests positive for Covid… but then escapes quarantine to drive his mother to the supermarket, runs over a cyclist in his car – and attempts to excuse it by saying he kept his mask on at all times!

Brazilian striker Luiz Adriano ran over a cyclist while out shopping after escaping isolation following a positive Covid-19 test – before trying to excuse his actions by saying he was wearing a mask.

The former AC Milan and Shakhtar Donetsk player, now at Palmeiras in his homeland, was found positive for the virus in routine tests at his club on Monday.

The 33-year-old was supposed to quarantine for 10 days at home in line with the club’s rules despite being asymptomatic. 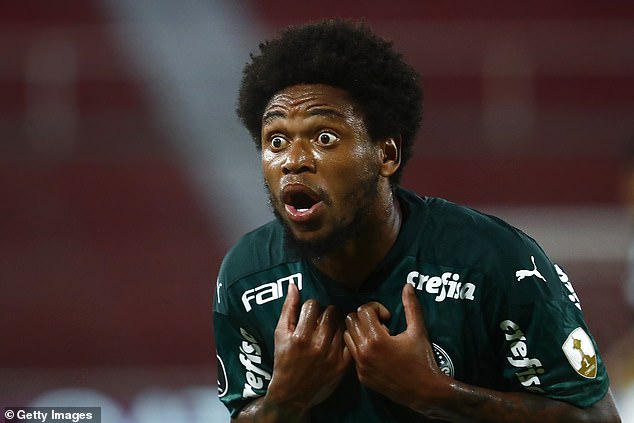 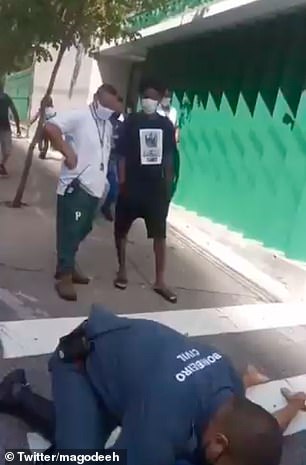 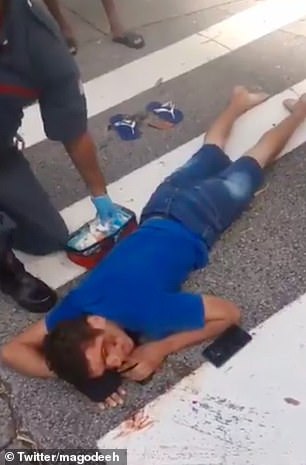 In a Twitter video showing the aftermath of the collision, Luiz Adriano can be seen watching (left) as the cyclist he hit with his car (right) receives treatment for facial injuries

But, as he explained in an Instagram post, Adriano left home to drive his mother to a mall to go shopping.

Though the player insisted he was wearing a mask and didn’t leave his car, he collided with a bike when leaving the car park and left the rider needing treatment for a bloodied face.

A Twitter video emerged showing Adriano standing on the pavement as the cyclist lies on the floor receiving treatment from a paramedic.

Admitting to his error of judgement in an Instagram post on Wednesday, Adriano wrote: ‘I was instructed to stay in a quarantined house… but yesterday I went to the supermarket in the mall to take my mother who does not know how to drive, without leaving my car and wearing a mask.

‘But I ended up getting involved in an accident in which a bicycle hit the car at the exit of the parking lot. 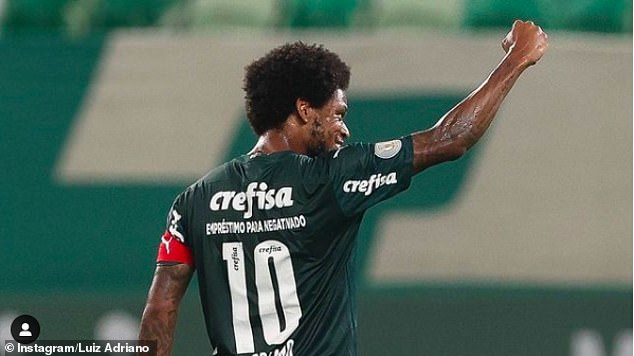 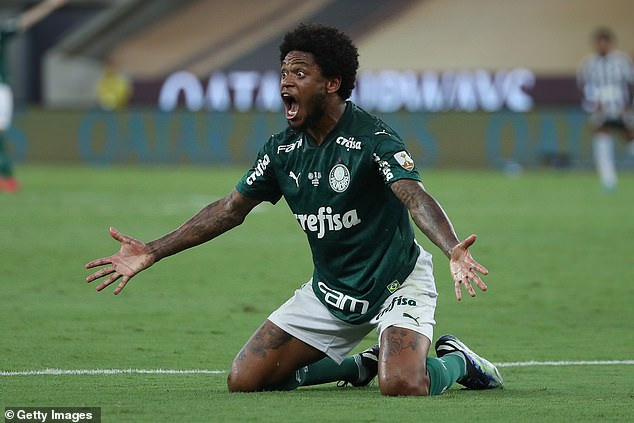 ‘I remained in my mask and away at all times but I couldn’t help providing assistance to the person who suffered the accident. Everyone is well.

‘Yes, I shouldn’t have left the house, I made a mistake, I admit it!

‘We live in difficult times, we all need to be careful and respect the safety protocols. We can always help in some way and, mainly, recognise and learn from our mistakes.’

Adriano will now miss the Supercopa do Brasil final against Flamengo this Sunday. 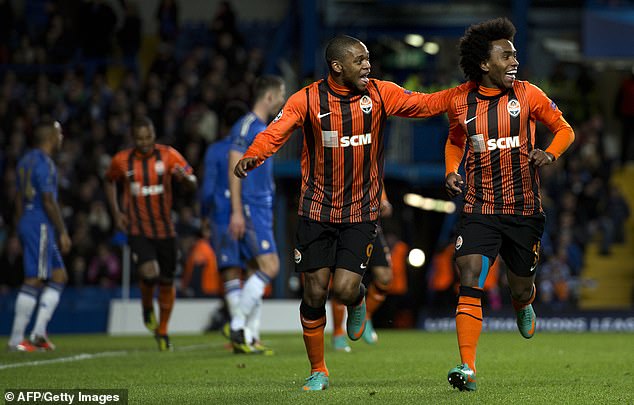 He has been fined for his Covid-19 breach with the money donated to a food charity.

A spokesperson for the player said: ‘He did not drive recklessly, he gave all the support and attention to the victim, who is recovering and is in good condition.’

Brazil has been hit very hard by Covid-19 with the death toll of over 313,000 people second only to the United States globally. There have been over 13 million cases of the virus in the country.