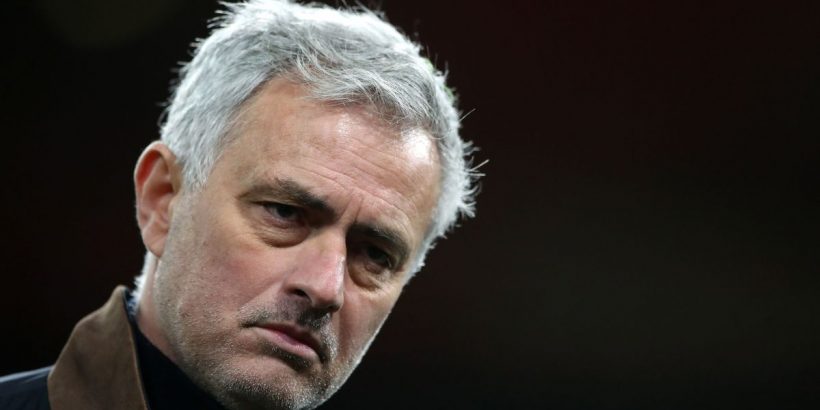 Oliver pointed to the spot after deeming Davinson Sanchez's challenge on Alexandre Lacazette to be a foul and the forward scored the resulting penalty, with it earning his side a 2-1 win.

Mourinho was incensed by the decision and was seen furiously remonstrating with the officials.

However, Gunners defender David Luiz, who was stood close to Mourinho, cheekily told the Spurs boss "it was a penalty" while sporting a large grin on his face.

Speaking after the game, Mourinho continued to express his frustration about the penalty decision, telling Sky Sports: "No post-match interviews for referees? That is a pity.

"We played really bad in the first half. The 1-1 was not a fair reflection of the first-half. We were poor. Defending bad. No intensity or pressing. Some important players hiding. Really bad.

"In the second half we only had space to improve which we did and then it is a question – but an impossible one as they don't speak – for the referee Michael Oliver to answer.

"Probably Paul Tierney too as he was the VAR. According to Kevin Friend, the referee told him he had a clear decision and the VAR does not want to go against.

"What I see from the bench is just a feeling at first. I am 40-50 Metres away. I saw it on the iPad. Referees have a difficult job sometimes. I did not complain but when I watch back on the iPad it is what it is.

"If somebody has a different opinion it has to be one of the big Arsenal fans with a season ticket. It is the only one I accept as it is the passion speaking. Other than that I don't accept a different view as it is obvious.

"If the players don't do better it is because they can't do better. I belong to the team so I am as guilty for the first half as the players but the best thing is we improve in the second half.

"Players get tired, coaches get tired, maybe referees get tired too. My record with Michael Oliver on penalties with Chelsea, United and Tottenham is unlucky."

READ MORE: Arsenal vs Tottenham: 5 things you may have missed as Mourinho's Bale rant backfires