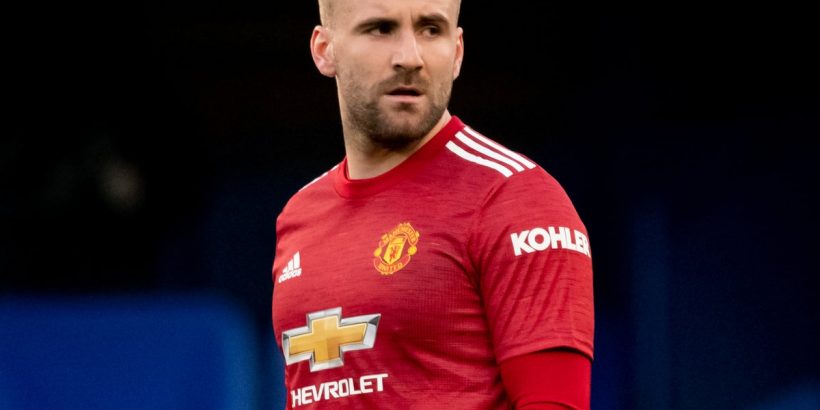 Manchester United have insisted that Luke Shaw misheard a conversation between Harry Maguire and referee Stuart Attwell regarding a contentious penalty decision in Sunday’s goalless draw with Chelsea.

United were denied a penalty by Attwell for a potential handball against Callum Hudson-Odoi in the first half, when the Chelsea forward was battling for the ball with Mason Greenwood.

Attwell was advised to consult the pitch-side monitor by VAR but stood by his original call.

In a post-match interview with Sky Sports, Shaw expressed frustration with Attwell’s decision and claimed to have heard the referee tell United captain Maguire that there would be “a lot of talk” if he awarded the spot-kick.

“At the time, I saw a handball,” Shaw said. “I didn’t know whether it was Mason or Callum. I just carried on. I didn’t even know there was a potential check.

“I don’t know why they stopped [the game] if it wasn’t going to be a pen. The ref even said to H [Maguire], I heard him that: ‘If I say it is a pen, then it is going to cause a lot of talk about it after’, so I don’t know what happened there.

United later moved to clarify Shaw’s comments, insisting that the left-back had misheard the conversation between Maguire and Attwell.

Ole Gunnar Solskjaer was equally frustrated by Attwell’s decision and claimed that rival clubs have influenced referees with complaints that United win a disproportionate amount of penalties.

Solskjaer also took aim at Chelsea for an article published on their official website which drew attention to an incident between Maguire and Cesar Azpilicueta during the reverse fixture at Old Trafford in October.

“It’s all these outside influences, VAR talk from [Chelsea] about Harry – that’s cheeky putting it on their website, that’s influencing referees.

“You can read what they’re saying about Harry Maguire, putting pressure on referees to give penalties against us.

“We’ve seen a manager, was it Frank [Lampard] that started it? There’s loads of talk about us getting penalties when there is no doubt whatsoever. And now, today, we should have had a penalty.”