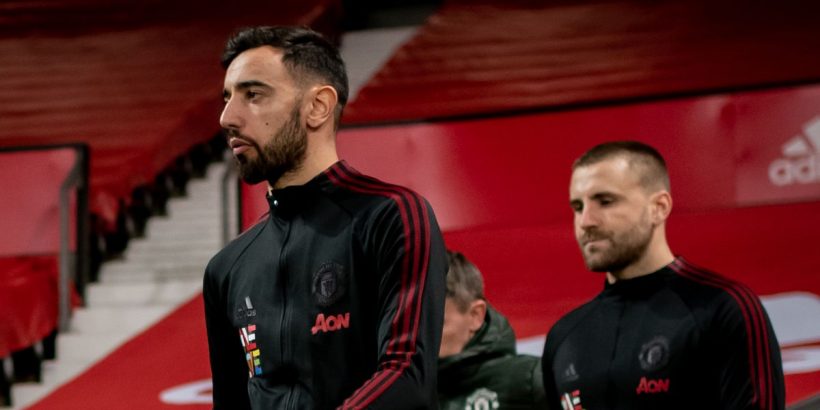 The midfielder has been at Old Trafford since January 2020, scoring 35 goals and making 21 assists in that time.

While the 26-year-old has been the driving force behind the Red Devils’ strong form, his team-mate did have a warning last March about what the 26-year-old does in possession.

The full-back said: “At times we know he’s going to lose possession, but we need them sort of risk passes that are going to unlock defences.

“He’s been a brilliant signing so far and he’s already come in with a few assists and a few important goals.

While Fernandes is the top scorer for the season, a further look at the stats shows that Shaw’s concern is still there in the midfielder’s play.

According to Opta, t he Portuguese star has lost possession in the Premier League 582 times this season, the most of any player in the United squad.

That has come from 2,257 touches of the ball, meaning he loses possession 25.8 per-cent of the time he has been on the ball.

Fernandes is second in the squad for this stat, with Marcus Rashford ahead of him by just 0.3 percent [382 times possession lost in 1,475 touches].

Despite this, the midfielder has helped them to a position 12 points and three places better than last season.

But United legend Gary Neville has warned that the club rely too much on the Portuguese star.

The former defender said: “You know how Man United are, they struggle to break down teams.

“They've got to be better against teams in those deep blocks with ten men behind the ball. That's where the next stage is.

“It's about being more higher quality in the final third. There are more organised and compact teams around now, especially teams in the bottom half.

“You need fantastic players: you look at Man City – (Kevin) De Bruyne, (Ilkay) Gundogan, (Riyad) Mahrez, (Phil) Foden – they have five or six of them.”

READ MORE:Jesse Lingard shows he has no problem with Bruno Fernandes after Old Trafford reunion