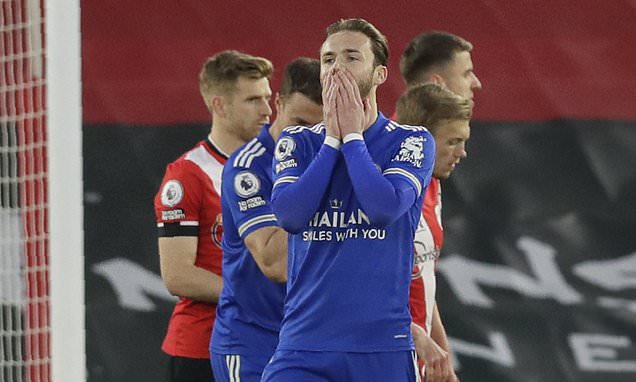 James Maddison is expecting a few more twists and turns to this season’s top-four race, after Southampton dealt a potentially crucial blow to Leicester’s hopes.

The Saints were down to 10-men inside nine minutes but held firm before taking the lead with James Ward-Prowse’s second-half penalty. Jonny Evans bagged a swift equaliser to save the Foxes from disaster, but the result could prove damaging.

The Foxes face Manchester United, Chelsea and Spurs in their final three games. Those matches will decide the positions, but Brendan Rodgers’ side have squandered two of their head-start point. 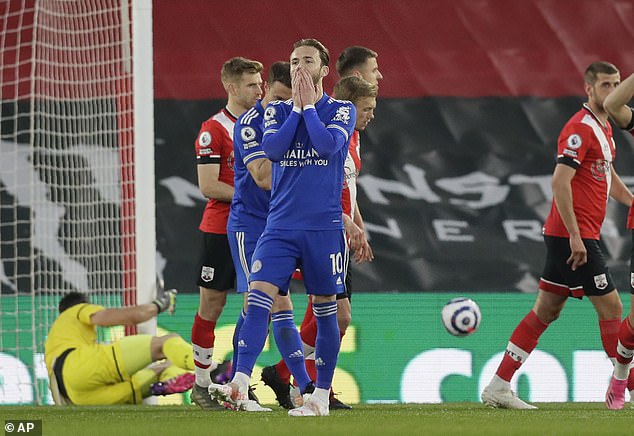 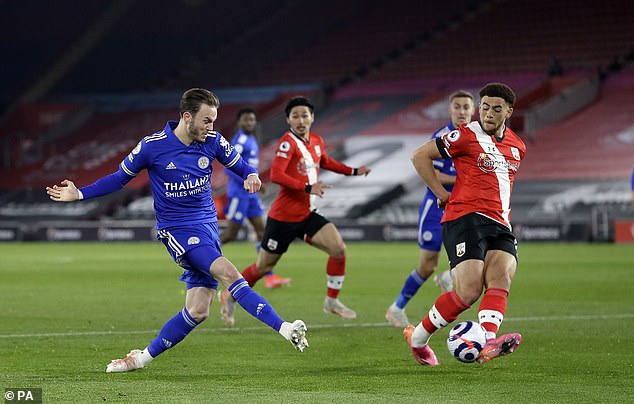 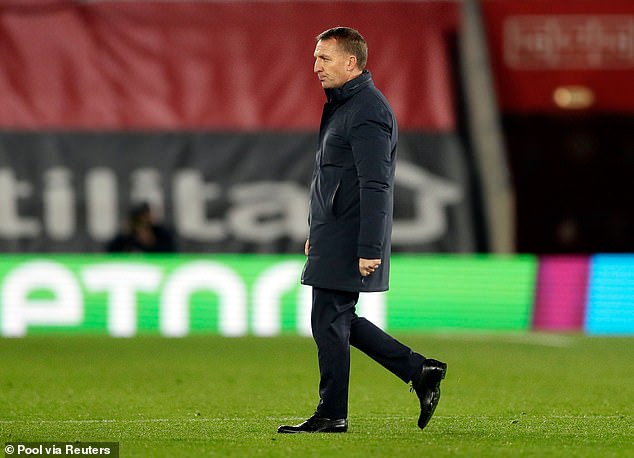 Leicester would have sat 10 points clear of fifth-placed West Ham with victory, which might have been enough to secure top-four. Maddison isn’t interested in that kind of thinking, though.

‘It’s not that simple,’ the midfielder told Sky Sports.

‘There’s so much football to be played and so much to happen. We can’t get caught up in that.

‘We just have to win football matches and see where we are after 38 matches.’ 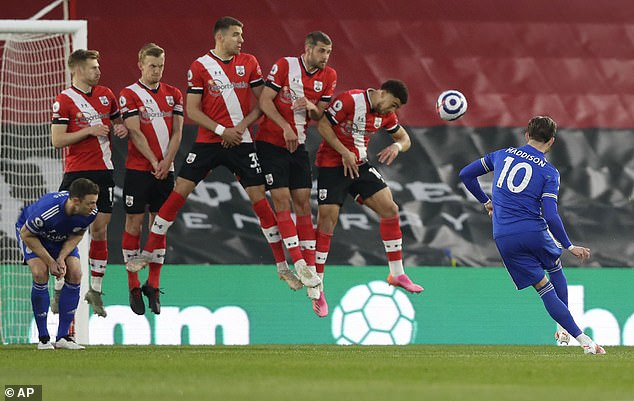 Maddison was forced to resort to a flurry of long-range shots as the Foxes’ waves of attacks were continually repelled by a rock-solid Saints defence.

The Englishman was left frustrated at the final-whistle but can be pleased to have completed his first 90 minutes since returning from a hip injury earlier this month.

‘We had chances to win the game,’ Maddison continued.

‘When you are against 10 men for such large periods you should be winning the game. 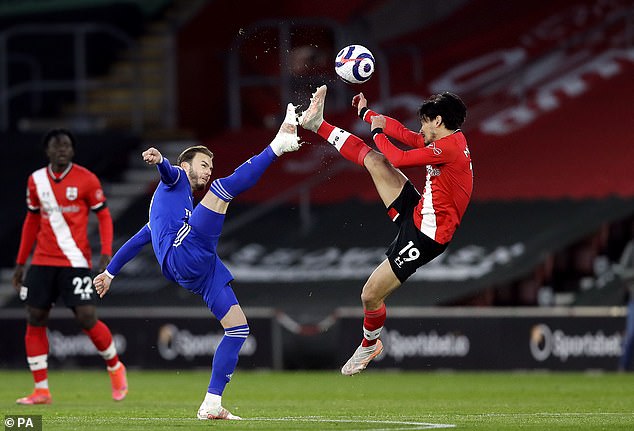 Leicester will have to step-up in their final games of the season, with some big clashes ahead

‘They played in a low-block so it was hard to break them down but we created chances. We have been good against 10 men and good at coming from behind so I still had hope right up until the last minute.

‘It’s tough because we got into a couple of good opportunities but we didn’t have that cutting edge we’ve had for most of the season.

‘I’m still getting up to my full match fitness. I’ve still got a bit to go to my top level. That was good to get 90 minutes. I felt okay but I’m always looking to improve.’