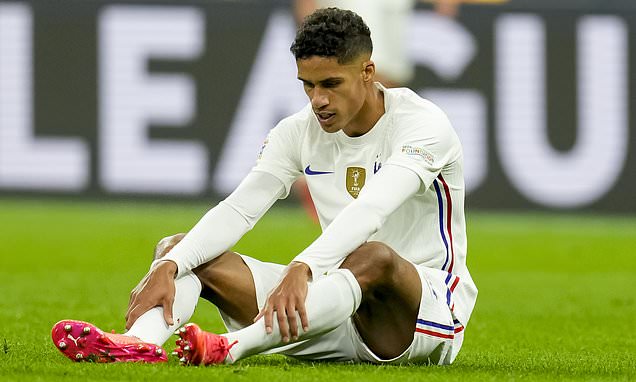 Manchester United will assess Raphael Varane’s thigh injury on Tuesday amid fears the Frenchman faces a spell on the sidelines.

Varane will report back to the club’s Carrington headquarters on Tuesday morning and have scans after limping out of France’s victory over Spain in the Nations League final on Sunday night.

The 28-year-old, who spent the second half sat on the bench with an ice pack strapped to his right thigh, flew back from Milan after the game on a private jet with his United team-mate Paul Pogba. 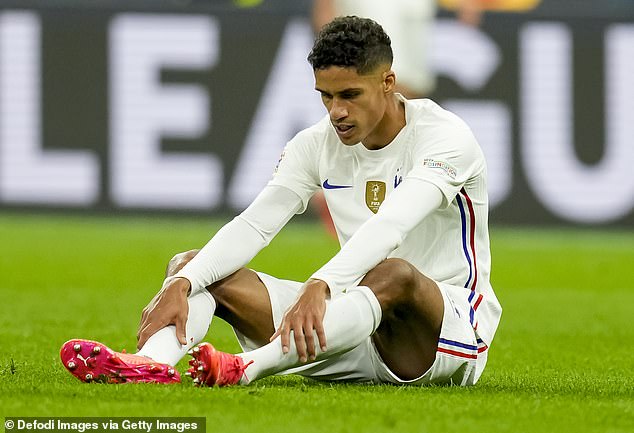 Manager Ole Gunnar Solskjaer is anxiously waiting for news on his £43million summer signing ahead of a key run of fixtures that includes Premier League games against Leicester, Liverpool, Tottenham and Manchester City, as well as a Champions League double-header with Atalanta.

If Varane is ruled out of the trip to Leicester on Saturday and captain Harry Maguire fails to recover from an ankle injury in time, Solskjaer will be without both of his first-choice central defenders at the King Power Stadium.

It’s understood that Maguire did some light training at Carrington on Monday after missing the last two games, but did not take part in the main session. 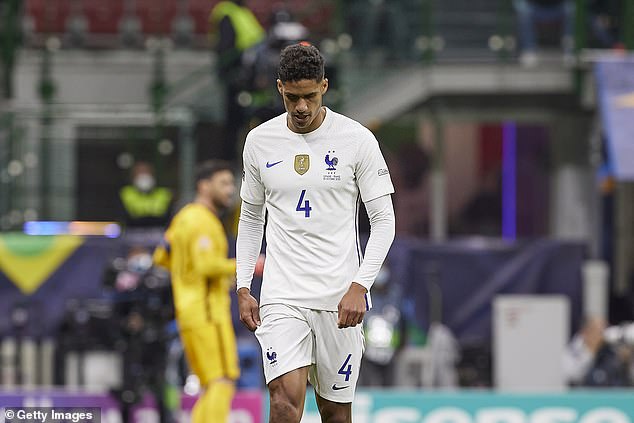 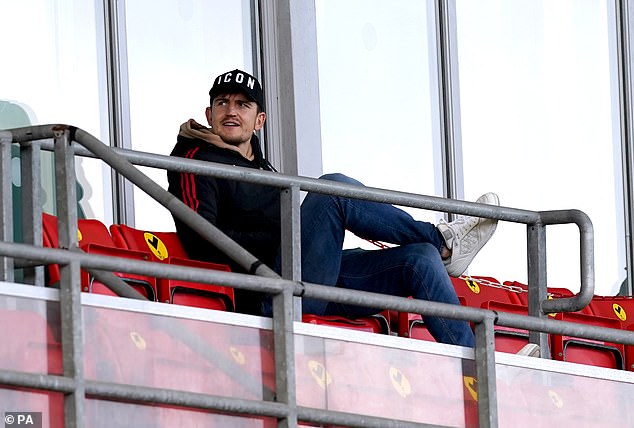 Victor Lindelof — who has rejoined the Sweden squad following the birth of his second child — and Eric Bailly would be expected to play in place of Maguire and Varane, with fit-again Phil Jones another option.

Marcus Rashford is also set to be available for the first time this season after declaring that he has recovered from the shoulder injury that required surgery in August.

Rashford, who had an operation to repair a muscle tear in his left shoulder that had been troubling him for almost a year, scored twice on his comeback in a behind-closed-doors game against Blackburn last week.

He said: ‘I wouldn’t say my recovery is coming to an end because obviously I have to keep looking after it, but I’m in a much better place, physically and mentally.

‘Last year was a very long season for me. I got this injury at the end of September and gradually it got that little bit worse, but now I’m fully free of that and I feel much better.’ 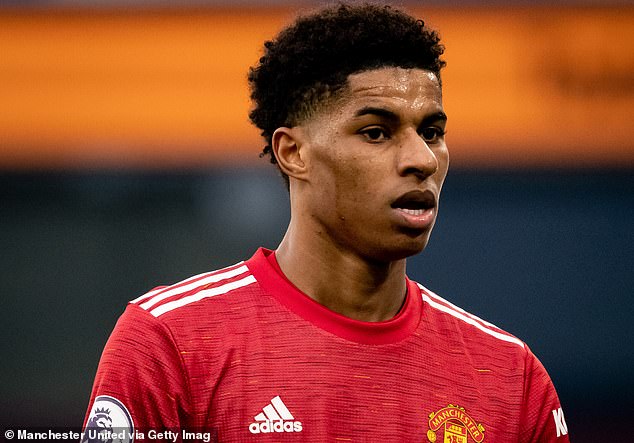