Report and highlights as Man City got back to winning ways in the Premier League; Raheem Sterling’s first-half goal ensured victory; Mikel Arteta tastes defeat on return to City; Arsenal still have not won away at a big-six side since 2015; Man City up to 10th, while Arsenal stay fifth

Manchester City got back to winning ways in the Premier League after Raheem Sterling’s first-half goal handed them a 1-0 victory over Arsenal at the Etihad Stadium.

City, who had won just four points from their first three league games this season, took the lead in the 23rd minute when Sterling swept home the rebound after Bernd Leno kept out Phil Foden’s initial shot.

Arsenal, who made a late change before kick-off with David Luiz replacing the injured Rob Holding, had their chances but Ederson made crucial saves to deny Bukayo Saka and Pierre-Emerick Aubameyang.

The hosts struggled to kill the game off and the Gunners handed a debut to Deadline Day signing Thomas Partey late on as they searched for an equaliser, but there was no way through for Mikel Arteta’s side as City held on for a confidence-boosting win.

Pep Guardiola’s team, who still have a game in hand, move up to 10th on seven points after a seventh straight Premier League win over Arsenal, while the Gunners stay fifth on nine points.

How Man City edged past Arsenal… 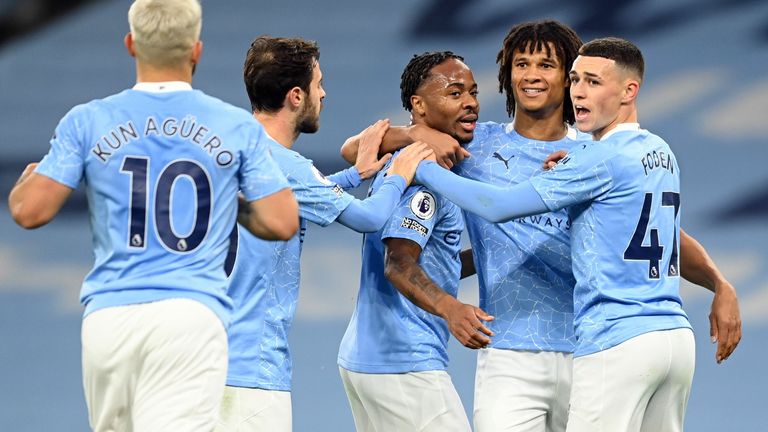 City started firmly on the front foot as Riyad Mahrez bent a shot narrowly wide with less than a minute on the clock before teeing up Sergio Aguero, who headed over moments later.

Man of the match: Raheem Sterling

The hosts eventually took the lead in the 23rd minute and the returning Aguero was involved again. The Argentina striker latched onto Mahrez’s inch-perfect pass before feeding Foden. The England midfielder cut inside Hector Bellerin before seeing his shot was parried by Leno, but the rebound fell kindly for Sterling to side-foot home. Arsenal tried to find an instant response as Saka created shooting space, but his effort was pushed over before Nicolas Pepe headed Willian’s cross wide.

Leno then had to be at his best to stop Foden adding to City’s advantage after they capitalised on a loose pass by Gabriel, but the Gunners took encouragement as they finished the half stronger.

Ederson was forced into a brilliant save to deny Saka, who saw his shot truned over the crossbar by the goalkeeper, and he had to make himself big once again to deny Aubameyang – with replays showing the Gabon forward was onside even as the flag went up. 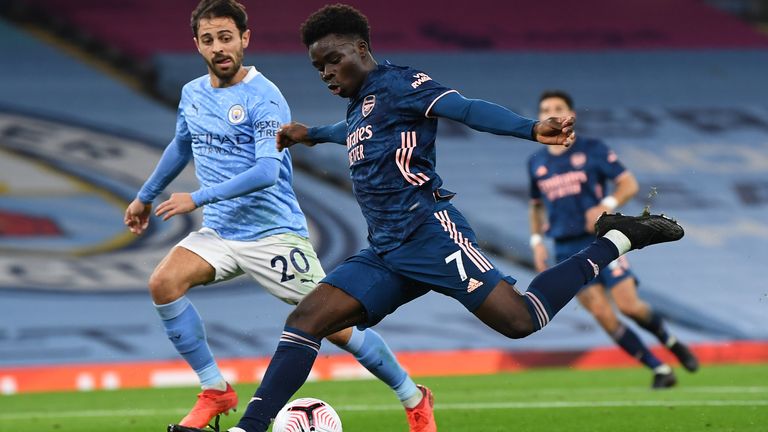 Arsenal then wanted a penalty just before the break for a high foot from Kyle Walker just before Gabriel fired wide, but referee Chris Kavanagh and VAR were uninterested.

After the break, it was a cagier affair, but it was Arsenal who threatened first as Pepe headed straight at Ederson. Next, Saka was felled by Ruben Dias before David Luiz sent the resulting free-kick over the crossbar.

Luiz then narrowly avoided an own goal at the other end, diverting Joao Cancelo’s low cross wide of the far post forced space before Pepe curled another free-kick narrowly wide

Sterling then missed a late chance to settle the contest, but it did not prove costly as City held on for a morale boosting victory. Man of the match – Raheem Sterling

Arsenal will be sick of the sight of Raheem Sterling.

The England international has been directly involved in six goals in his last five Premier League appearances against Arsenal (4 goals, 2 assists).

He has had a hand in each of City’s last five goals in all competitions (4 goals, 1 assist). 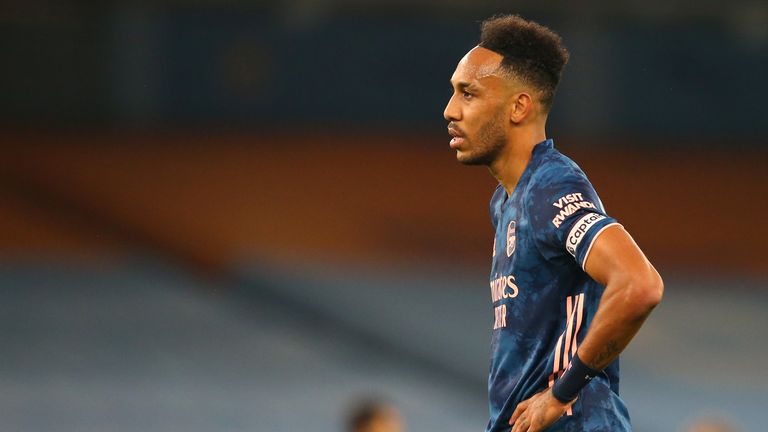 Manchester City host Porto in their opening Champions League group game on Wednesday at 8pm, before going to West Ham on Saturday, kick off at 12.30pm.

Meanwhile, Arsenal start their Europa League campaign on Thursday with a trip to Rapid Wien (kick off 5.55pm) before hosting Leicester on Sunday, live on Sky Sports Box Office (kick off 7.15pm).