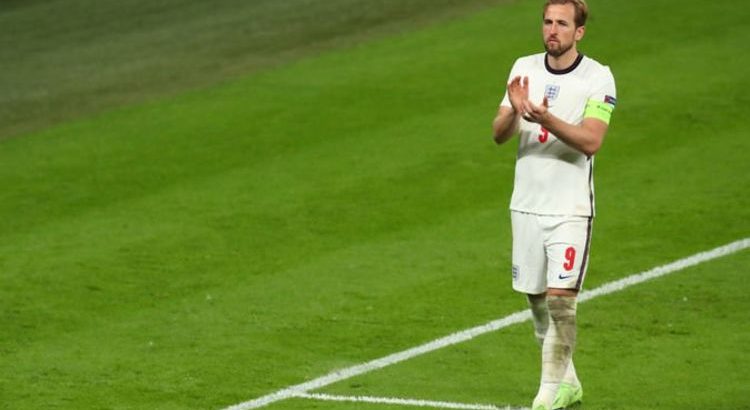 Harry Kane: All you need to know about striker linked with summer move

Manchester City must act decisively if they are to pull off the transfer of Harry Kane from Tottenham this summer. The Blues are making a name for themselves as hard-noses in the transfer market, but if they are serious about bringing the England captain to the Etihad, they may have to swallow their pride and pay over the odds.

City have pulled out of numerous transfer deals in recent seasons due to a feeling that they were being made to pay more than the player’s market value.

In 2019, they pulled out of an £80million deal for Harry Maguire which subsequently saw the centre-back join rivals Manchester United.

The astronomical transfer fee drew tough comparisons to the exceptional Virgil van Dijk, although Maguire has been so consistent of late that he is justifying his price.

The City boardroom also pulled out of a deal to sign Kalidou Koulibaly from Napoli last summer, opting instead for Ruben Dias when they felt the price was right.

A similar occurrence took place in 2018 when a number of clubs scrapped over the signature of Arsenal’s Alexis Sanchez.

With the Blues unwilling to put the same lucrative wage packet on the table as their red-shirted rivals, they walked away from the deal.

In hindsight, this was a slice of luck for Pep Guardiola and his side, although at the time Sanchez was seen to be a potentially instrumental figure in the following season’s title push.

Like Maguire, he signed for the Red Devils, but turned out to be an expensive failure at Old Trafford.

The lesson for City is that if they are truly serious about bringing in a player, being Kane in this instance, stubbornness does not always pay off.

A bid of £100million was reportedly rejected by Spurs earlier in the summer, with chairman Daniel Levy valuing his talisman at £150m.

Reports from The Athletic indicate that City are willing to up the stakes in their pursuit of the England captain, although Levy is sure to push them all the way to recoup the maximum fee for his star player.

Kane has already told Spurs that he would prefer to leave the club in search of silverware.

Now entering his late-20s, time is running out for the prolific frontman to try his luck elsewhere while still at the top of his game.

With Man United also interested and Chelsea facing the prospect of heading back into the market if they cannot execute the signing of Erling Haaland, City may face competition later in the window.

As happened with Maguire and Sanchez, if City walk away this time round, they could well be seeing one of the Premier League’s greatest ever strikers holding a rival scarf aloft ahead of next season.