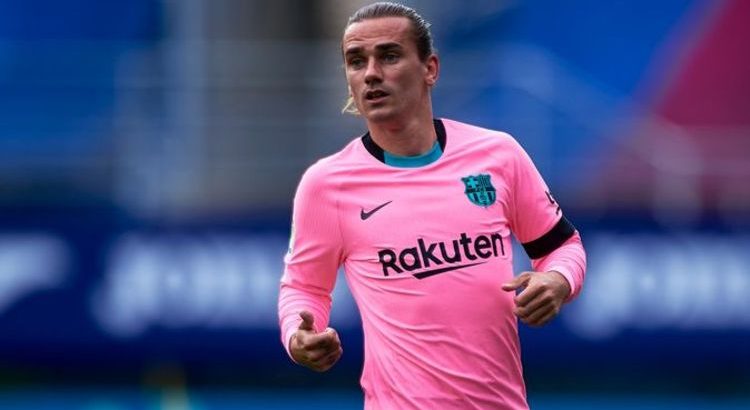 Do Man City need to sign a striker this summer?

Manchester City are reportedly eyeing Antoine Griezmann as an alternative to Harry Kane if they cannot complete a deal for the Tottenham striker. Kane has told Spurs that he wants to leave the club in this summer’s transfer window.

Reigning Premier League champions City are the frontrunners to sign Kane, who is one of the best strikers in the world.

But with three years still left on his current contract, it would take an astronomical fee to convince Daniel Levy to allow him to leave.

City are one of the richest clubs in the world, so would be expected to be able to afford such a price, though if Levy is stubborn in his contract negotiations they could turn to alternatives.

Pep Guardiola requires a new forward after allowing Sergio Aguero to leave Manchester on a free transfer at the end of the season.

While he found success in using a formation that did not have a recognised striker last season, Guardiola is believed to have made replacing Aguero one of his priorities.

And if a deal for Kane cannot be completed, one man emerging as a potential alternative is French World Cup winner Griezmann.

According to Mundo Deportivo, City have the 30-year-old “in their sights” as they explore alternatives to Kane.

Guardiola is said to be a long-time admirer of the Frenchman, who impressed for his international side at Euro 2020.

But Griezmann has not replicated his form on the international stage at club level, scoring only 13 goals in La Liga in the campaign just gone.

He is far from the only star who has underperformed for Barcelona in recent seasons and could be allowed to depart the Nou Camp this summer.

The La Liga giants are in a perilous financial situation, with an astonishing level of debt and are currently unable to register any new players due to those issues.

That means they are being forced to sell players this summer in an attempt to relieve that pressure on their finances.

With Griezmann having enjoyed a good tournament despite France’s early exit, he could be in a prime position to depart.

Mundo Deportivo agree with that belief, stating that a move for Griezmann would be “much more feasible” than one for Kane.

Such a move will take the form of a transfer fee, as well as a potential swap offer involving as many as three players.

The three players named are Aymeric Laporte, Bernardo Silva and Joao Cancelo, who are all said to be liked by Barca.

Laporte and Cancelo have not played as much as expected in recent months, though Silva departing would be a surprise.
Source: Read Full Article