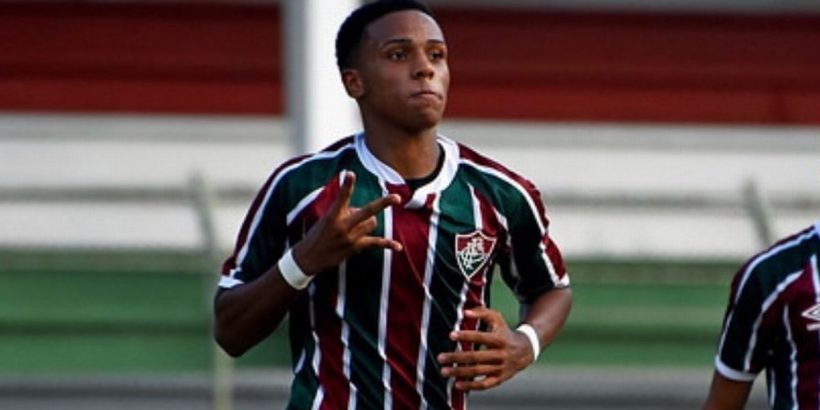 Manchester City are reportedly in talks of a £21m deal for Brazil wonderkid Kayky, who has been dubbed 'the next Neymar’.

The Sky Blues have a history of attracting Brazilian talent to the Etihad – Robinho, Gabriel Jesus and Fernandinho, to name a few.

Their next target is a product of the Fluminense academy, which has developed the likes of Chelsea defender Thiago Silva, Liverpool man Fabinho and Real Madrid’s Marcelo.

The Mail reported City’s interest in Kayky last month, and are said to have tabled an offer in the region of £10m.

However, recent claims from the Sun hint that the deal could reach £21.5m as Fluminense play hardball over their newest wonderkid.

Kayky has been dubbed 'the next Neymar’ out in Brazil, and the 17-year-old possesses great pace and close control, much like the PSG trickster.

Kayky was a vital part of the Fluminense team that last year won the U17 Brazilian championship, as well as finishing as runners up in the U17 Copa de Brazil.

His youth coach, Guilherme Torres, heralded his goal scoring ability and maturity on the pitch as some of the Brazil youth international’s greatest talents, while he has also learned to deal with adversity, which is important in the highly physical Premier League.

“Kayky is a player who stands out a lot for his technical quality, especially with regard to one-on-ones, and also in his quality in front of goal," the Fluminense's U17 boss told Goal.

"He is also very intelligent, searches for empty spaces on the field and has a good ability to provide assists for his team-mates.

"In addition, he has a winning, competitive mentality, which is important for a high-level player. His resilience has grown as he has matured, and he is learning how to deal with adversity."

READ MORE: Fergie's Man Utd XI from his final win and where they are now