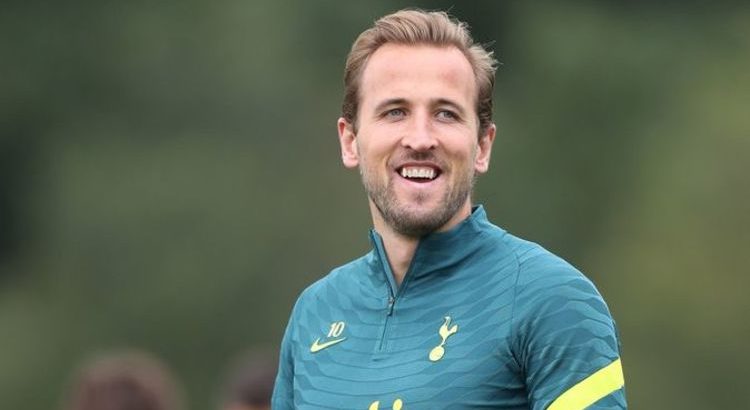 If there was a game to prove that Manchester City did not need to spend £150million on Harry Kane then their thrilling 6-3 defeat of RB Leipzig was it. This was a comfortable victory and a dominant performance against a side who finished second in the Bundesliga last season.

City were seemingly keen to sign a new striker in the summer transfer window. Pep Guardiola broke rank by publicly admitting that the club wanted to add Harry Kane to their star-studded squad.

When it became clear that Spurs were not going to sell Kane, the Premier League champions targeted a controversial move for Cristiano Ronaldo.

That was scuppered when Manchester United jumped in to complete a remarkable return for their iconic former forward.

Guardiola ended up with just the one summer signing. The £100m acquisition of Jack Grealish from Aston Villa was partially criticised because of the astronomical fee, but the England star adds a drive and an eccentricity that City perhaps lacked.

Grealish made his long-awaited Champions League debut against Leipzig. It is in this competition that the 26-year-old so desperately wanted to play, and why he reluctantly departed his boyhood club.

He capped off a fine performance with a wonderful solo goal.

JUST IN: Leeds given green light to revive £25.5m transfer as agent speaks out

But it is unclear what Kane might have added to the City attack besides scoring the goals that they already score bundles of. This was the third time in five matches that they have scored five.

It is not even as though the England captain’s ability to score a variety of goals would have made a difference. Each of City’s goals in this Group A clash were cleverly crafted and well executed, yet completely dissimilar.

Guardiola’s side opened the scoring when Kevin De Bruyne’s corner was headed in by Nathan Ake. It was the Dutchman’s second goal since his £45m arrival from Bournemouth in 2020.

Even Nordi Mukiele’s unfortunate own goal was cleverly finished. De Bruyne delivered one of his trademark crosses from the right-hand channel and the centre-back inadvertently wrong-footed goalkeeper Peter Gulacsi with a delicate header.

This was a routine performance and City could have scored more. Of course, this is also a Leipzig side who have endured a tough start to their Bundesliga campaign, but they were made to look like an average Premier League side at the Etihad Stadium.

There was not even evidence of their sometimes poor penalties. Riyad Mahrez had missed five of his last nine spot-kick but confidently converted City’s third goal from 12 yards just before half-time.

Grealish then announced himself on the European stage. The playmaker drove inside from the left, jinked his way into the penalty area and thumped a curling effort into the corner of Gulacsi’s net.

It is difficult to debate Kane’s potential impact at City without considering how he fits into Guardiola’s system. The 28-year-old has adapted his game in recent years to drop into midfield and dictate attacks.

Ferran Torres, Guardiola’s striker against Leipzig and the member of his squad he appears to prefer in the role, plays totally differently. The Spaniard is mobile and does not involve himself in play too often.

When he does, he is operating alongside the last defender. He almost added to the scoresheet with a fine finish after being found by Cancelo, but his goal was met by the assistant referee’s flag.

Defender Cancelo then struck an thumping 25-yard effort before Gabriel Jesus rounded off the scoring by tapping home following a corner.

There is also the argument that City might even need to prioritise other areas. Each of the three goals they conceded were completely avoidable.

John Stones was missing from the squad through injury and might have prevented Christopher Nkunku hat-trick. Frenchman Nkunku was allowed way too much space to twice head home, before a cool finish completed his treble.

The man to prevent those goals is not Kane, who City are more than fine without.
Source: Read Full Article