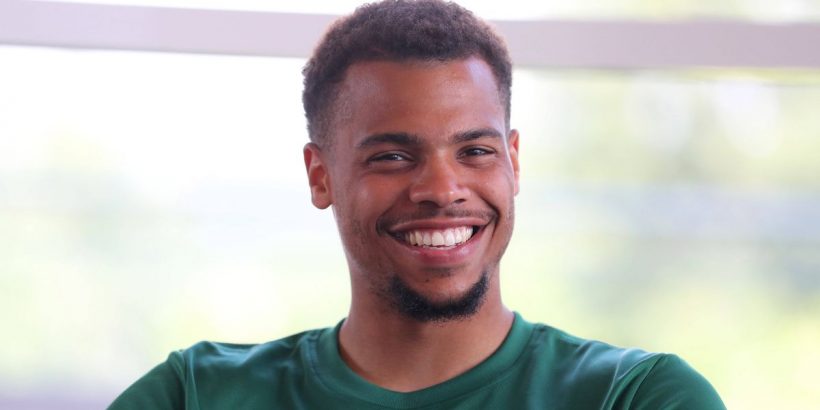 Transfer scoops at the world’s top clubs can often be hard to come by, but Lukas Nmecha has gifted Manchester City fans a welcome update after completing his move to Wolfsburg.

The 22-year-old previously spent the first half of the 2019/20 season at the Volkswagen Arena, but he’s now left in a permanent £11million deal after failing to break out at the Etihad Stadium.

Nmecha had initially expressed his desire to fight for the spot left by Sergio Aguero after the club’s all-time top scorer left to join Barcelona earlier this summer.

However, the Hamburg-born striker more recently told Kicker he didn’t envision a future under Pep Guardiola because he’s convinced City will sign an elite replacement: "I still had one year of contract.

"They're getting another top striker, I don't think my chances would have been very good there.”

Nmecha first joined City’s academy in 2007 and showed plenty of promise for the club’s youth teams, netting 27 times in 35 appearances for the under-23s.

He left the Etihad after making only three senior appearances under Guardiola, however, with younger brother Felix having followed his sibling to Wolfsburg.

Do you think Man City were right to let Sergio Aguero leave this summer? Let us know in the comments section.

Tottenham talisman and England captain Harry Kane is also understood to be a target for City after expressing his desire to leave Spurs.

Guardiola broke down in tears discussing Aguero’s exit after winning a third Premier League title in four seasons, insisting it would be futile to attempt to find a successor: "He's a special person for all of us.

"We cannot replace him, we cannot.”

Gabriel Jesus is now the only natural senior striker at the Etihad, although Guardiola has in the past shown a reluctance to rely on the Brazil international as a lone frontman.

Raheem Sterling, Bernardo Silva and Phil Foden have each had experience playing in a ‘false nine’ role, but it’s always seemed likely City would pursue a new striker signing this summer.

Nmecha—who scored 21 goals in 41 appearances on loan with Vincent Kompany’s Anderlecht last season—has given Wolfsburg another chance following his failed stint on loan.

The youngster failed to score in 12 first-team appearances for the club when Oliver Glasner was in charge, but the Austrian has since been replaced by Mark van Bommel.

The former Germany under-21 international has higher hopes for his future in the Bundesliga now that Van Bommel has shown faith, adding: "The first time (on loan at Wolfsburg) wasn't so ideal.

“The coach wanted me here, maybe it wasn't like that last time. I would say we weren't the best of friends (with the previous coach).

"I see myself as a centre forward. Wout Weghorst is doing really well, I can also play outside and on the ten. I have to work my way in. If I do my best, I will definitely get my place. I want to be a top striker.”

City academy starlet Liam Delap, 18, has earned calls to get a chance in the first team, though the Manchester Evening News has reported Championship clubs are circling to take the teenager on loan.