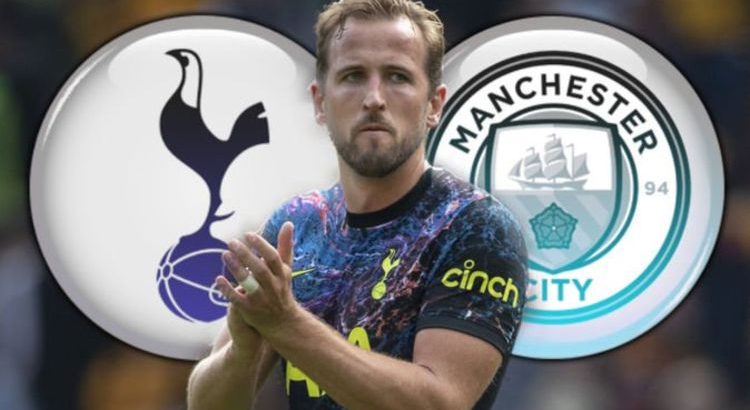 Manchester City will make one final attempt to convince Tottenham to sell Harry Kane this week, according to reports. Boss Pep Guardiola remains desperate to sign the forward, despite watching his side thump Norwich City 5-0 on Saturday.

Kane made his first appearance of the season as Spurs continued their good start to the Premier League campaign.

Dele Alli scored the only goal as Nuno Espirito Santo’s side defeated Wolves on Sunday. Kane replaced Son Heung-min for the final 20 minutes.

The England captain has supposedly made clear his desire to leave the club this summer in pursuit of silverware. Major honours have so far eluded the 28-year-old during his senior career.

Man City are said to be interested in signing Kane but it would likely take a fee upwards of £150million to prise him away from Spurs, with chairman Daniel Levy remaining firm in his stance that he will not be sold.

According to the Daily Telegraph, City will make one final bid for Kane this week to help Guardiola complete his attack.

A lack of fitness meant prompted Nuno to leave him out of the squad for their 1-0 victory, with Son scoring the game’s only goal against a lacklustre City side.

Kane returned to Spurs’ pre-season training later than expected and only started full training with his team-mates last Monday.

Spurs granted him an extended summer break after helping England reach the final of the European Championship.

However, he was the last of Gareth Southgate’s 26-man squad to return to their club after stopping off in the Bahamas on the way back from his stay in Las Vegas.

It would likely take a bid around £150m for Levy to even consider selling Kane to City, although several reports have suggested that he will not sell to a Premier League rival.

City have already smashed the British transfer fee record this summer by activating Jack Grealish’s £100m release clause to buy him from Aston Villa. Grealish scored his first goal for the club in the demolition of Norwich.

They would need to break their own record to sign Kane.

Guardiola wants to sign a new striker this summer after losing the reliable long-serving icon Sergio Aguero to Barcelona.

The Spaniard has already admitted that he would like Spurs to open negotiations over Kane.

“He’s a player for Tottenham Hotspur. If Tottenham don’t want to negotiate, it’s finished,” Guardiola said before the start of the season.

“If they are open to negotiate, I think not just Man City but many clubs in the world want to try to sign him – we are not an exception – but it depends on Tottenham.

“It’s different from Jack. Jack had a release clause and he is different. Harry Kane is an exceptional, extraordinary striker – no doubts about that, of course we are interested.

“But he is a Tottenham player and, if they don’t want to negotiate, there is nothing more to say. If they want to, we will try.”
Source: Read Full Article