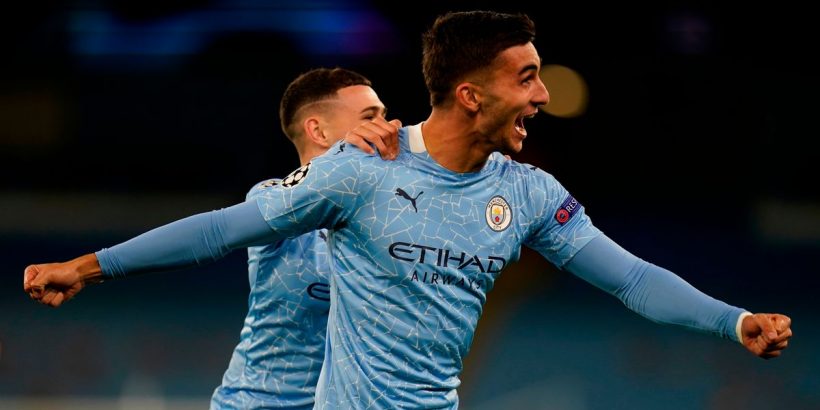 Premier League champions Manchester City have been told that they have already signed an alternative to Tottenham Hotspur'sHarry Kane.

Gary Neville has said that City do not need to worry if they fail to sign Kane this summer due to the talents of Spanish forward Ferran Torres.

Torres joined from Valencia last summer and scored 13 goals in his first season as he made 36 appearances, including an impressive hat-trick away to Newcastle United in May.

City have reportedly wanted a new striker this summer after Sergio Aguero departed but they have so far failed to sign primary target Kane.

Speaking on Monday Night Football, Neville said "I thought he has been outstanding in the past few months. He's a different player, obviously through the Euros, he's someone that I think will be made into the centre-forward for City, he is already, but I think he can do really well.

"He's a completely different physical specimen to what he was last season, he looked like he couldn't run at full power or at full speed.

"It takes a bit of time sometimes to pick up Pep Guardiola's system and way of playing. If they don't get Harry Kane this week and we're talking about City not having a centre-forward, Ferran Torres looks a real player."

Torres is capable of being deployed as either a left winger or as a striker after scoring 13 times in his first season and he has started all three of City's matches so far this season.

Do Manchester City need to sign Harry Kane before the end of the transfer window? Let us know in the comments section below.

He won the league and the Carabao Cup in his debut season with City, having joined from Valencia for £20million and went on to play for Spain at the Euros.

Neville believes that Torres can fill the void left by the departed Sergio Aguero, who left on a free transfer to Barcelona earlier in the summer after a decade at the Etihad.

The club's primary target has been wantaway Spurs forward Kane and they have seen a £100million bid rejected and are reportedly preparing a follow up bid worth £120million.

This is still short of Spurs' £150million valuation of the England captain, but Kane is believed to be keen on a move to City this summer after telling Spurs of his desire to leave and win trophies.