The Manchester derby is the pick of the bunch this weekend with Pep Guardiola’s City hosting Jose Mourinho and United on Sunday.

City are heavy favourites on their own patch but who can forget what happened there when they last met back in April?

Scroll down for the top picks in that game plus the best bets for the rest of the top flight and across the card. Kick-offs Saturday 3pm unless stated. 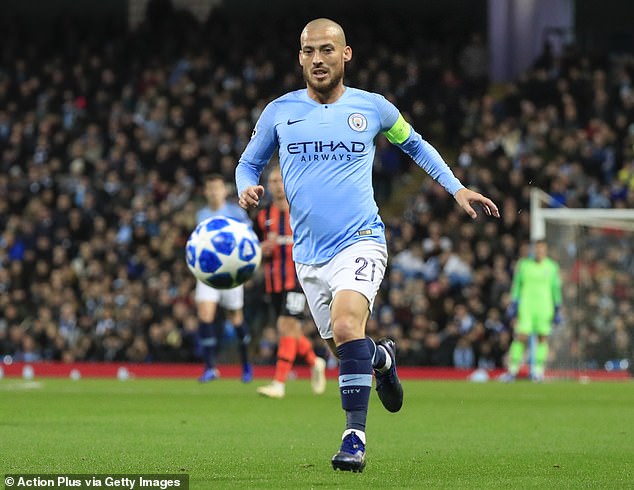 The early kick-off is probably one to get out of the way before the good stuff starts as the Cardiff City Stadium doesn’t look like the place to be if you’re after a goal fest. Brighton’s run of 1-0 wins was ended by a 3-1 defeat at Everton last weekend and made it one win (at Newcastle three weeks ago) in their last 19 on the road. On their own patch they’re not too shabby and their home form should keep them clear of relegation trouble. Cardiff are also better at home than they are away but that just means they don’t lose by as many goals when playing on front of their own fans. In their six home games this season, three have been lost by a one-goal margin and one has ended all square (there was also a thumping win over Fulham and an even heavier defeat at the hands of Man City). But this one will probably head down the low road. A goalless draw is available at 7/1 while under 1.5 goals in the game can be backed at 7/4.

Huddersfield finally got their first win – and home goal – of the season on Monday night against Fulham and let’s hope they enjoyed it. You have to go back to February for the last time they scored more than once in a game and in the 21 matches since that 2-1 win at West Brom they’ve scored just eight goals. Eight, in 21 games. West Ham’s defence might give them some cause for optimism as they haven’t kept a clean sheet since Macclesfield in the League Cup in September, but even if Huddersfield score, the likes of Marko Arnautovic and Felipe Anderson should ensure the visitors (13/10) score more. Arnautovic claimed his fifth of the campaign against Burnley while Anderson delivered a double and an assist after Manuel Pellegrini demanded more from the record signing. Betway have Arnautovic at 13/8 and Anderson at 15/4 to score at any time or they’re 13/5 and 5/1 (Paddy Power) respectivley in the score-win double.

The Leicester players pulled together and won at Cardiff last Saturday and they face another emotional 90 minutes in their first home game since the helicopter crash that claimed the life of owner Vichai Srivaddhanaprabha and four others. The same players have been in Thailand this week for the funeral before returning to training ahead of the visit of Burnley. Sean Dyche’s side arrive having lost three in a row, to Man City, Chelsea and West Ham, conceding 13 goals across those games. Leicester are no better than 1/2 to inflict a fourth straight defeat and it’s hard to see past them. They’re 7/5 (Betfair) minus one goal on the handicap.

St James’ Park was rocking as Newcastle finally posted a W last Saturday to climb out of the bottom three and they’ll look to build on the victory over Watford when Bournemouth head north. The Cherries travel on the back of defeat by Manchester United but they should’ve taken advantage of United’s slow start and been out of sight long before Marcus Rashford’s late strike at the Vitality Stadium. There’s no doubt Newcastle are playing for Rafa Benitez and the fans are behind them. Is it enough to drive them to a second win on the spin? Probably not. Any score draw at 7/2 (Bet Victor) looks the best bet here.

Southampton were still suffering from shellshock after that 6/1 hammering at the hands of Manchester City when reports came out that the home clash with Watford would be Mark Hughes’ last if he didn’t steer his side to a victory. To win, you need to score and Saints are finding that almost impossible right now. Danny Ings’ consolation against City came from the penalty spot but you then have to go back to mid-September, six league games, for the last time they rippled an opposition net. A Watford win (we’ll give them another chance despite last week’s slip) is slightly better than 2/1 with several bookies and they are 4/1 to win without conceding.

This Premier League fixture has followed a particular pattern in recent seasons – one that Palace fans will be sick of seeing. Tottenham have won six in a row – five of them finishing 1-0, plus a 3-1 triumph in January 2016, when Spurs players scored all the goals as a Jan Vertonghen own goal was Palace’s consolation. Harry Kane has, surprisingly, only scored twice in that half dozen games but he looks back in the groove and could at least double that tally at Selhurst Park. He’s got five in his last four in all competitions and is 10/3 with a few firms to score two or more. At the other end, Palace might think about taking the high road. Sportsmail’s Matt Barlow highlighted in his match report from the win over PSV that eight of the goals Spurs have conceded this term have been headers. So, what about James Tomkins at 16/1 to score at any time? Or Mamadou Sakho at 20s? Anyone? Anyone? 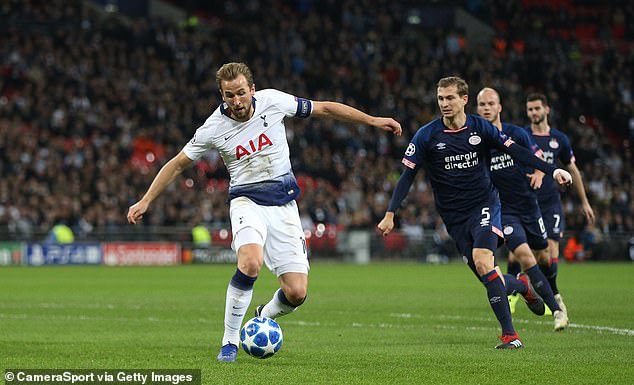 Liverpool’s worst performance of the season in midweek opened a few eyes to a dreadful run that may have been masked by a lofty league position. They’re still third, just two points off the pace and unbeaten, but three wins in nine (all competitions) is not the behaviour of a team expecting to be challenging come May. However, it’s not all bad – they’ve got Fulham this weekend and that should mean three easy points and a healthy boost to the goal difference. The Cottagers are rock bottom, have lost six in a row in all competitions (even going down to Huddersfield and Cardiff) and let in 18 goals during that hellish run. But where’s the value when Liverpool are as short as 1/10 and over 4.5 goals in the game is no better than 6/4. A fast start from Liverpool is a decent shout – it’s 7/2 they score their first goal between minutes 11 and 20. And at the risk of sounding like a broken record, we will, once again, be on Virgil van Dijk to score at any time. He’s definitely due one after going so close (more than once) against Arsenal. He’s 13/2.

Chelsea arrived back from Belarus with the only unbeaten record in Europe’s top five leagues still intact and they’re not about to surrender it at home to Everton. Manchester United and Liverpool are the only teams to take a point at Stamford Bridge this season and while Richarlison in the form he’s in for Everton can bloody Chelsea’s nose, the hosts, who are no better than 4/9, should come out on top. A monster haul of 30 goals was produced in the last eight Premier League meetings between Chelsea and Everton and that stat, along with the likes of Richarlison (six top-flight goals this season), Eden Hazard (seven goals and fit again) and Alvaro Morata (rested in midweek) set for starring roles, this could be a cracker. Over 4.5 total goals in the game is 7/2, Chelsea to win with over 4.5 in the match is 4/1 while both teams to score in both halves is 12/1 with bet365.

Danny Welbeck’s horrible ankle injury was the major talking point after Arsenal’s goalless Europa League draw with Sporting Lisbon on Thursday night – just the second time this season, that’s 17 games, that Unai Emery has watched his side draw a blank. The first was in the opening-weekend defeat by Manchester City. It was a much-changed Arsenal side from the Liverpool game but Pierre-Emerick Aubameyang was given an hour after replacing Welbeck. He was guilty of sloppy finishing and it’s now three draws in their last four plus a narrow League Cup win over Blackpool. Not great after their 11 straight wins, but it’s a storming run compared with Wolves’ last three – losses to Watford, Brighton and Spurs. The visitors will dig in to avoid a fourth in a row but Arsenal should be too strong. The hosts are 7/10, Aubameyang can be backed to rediscover his touch at 7/4 (Sky Bet) in the score-win double while correct-score punters could do worse than try 2-0 to the Gunners at 9/1 (bet365). 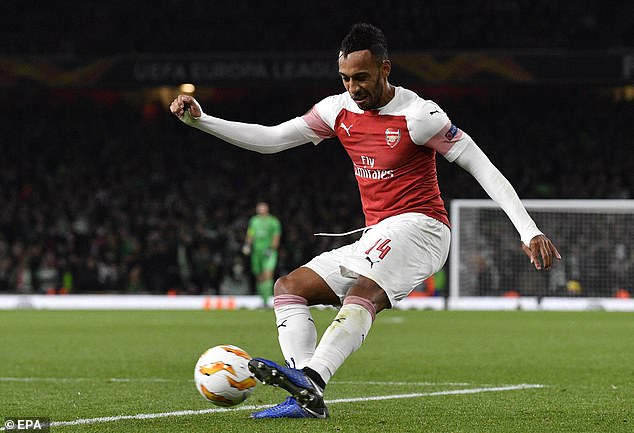 Man United’s campaign is definitely on the up but City are setting the bar so high it could be a while yet before Jose Mourinho and Co reach it. The comeback win against Juventus was United’s best of the season and the third time in the past few weeks they’ve won from a losing position, having blasted back against Newcastle and Bournemouth. But if they offer City the type of start they allowed those two, they’ll be in trouble. 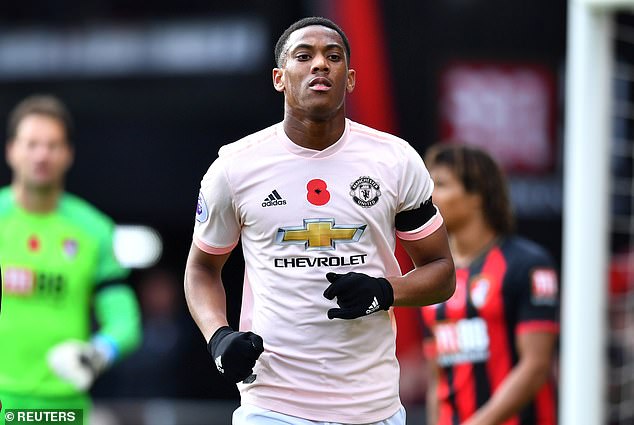 Pep Guardiola’s side have won 10 of 11, since their shock loss to Lyon, and six in a row, smashing six goals past both Southampton and Shakhtar in the past week. Their defence was highlighted here last week and from back to front they look better than their neighbours – hence the 2/5 for a home win and United available at 8/1 (bet365 and Betfred). Red Devils fans tempted by the price for their team will be well aware it’s only seven months since another massive comeback win – at the Etihad Stadium – made sure City’s celebratory t-shirts for winning the title stayed in the box. And another 3-2 for the visitors is 55/1 (Bet Victor). We’ll probably steer clear of that one but after tipping not one, but two anytime scorers in United’s win at Bournemouth, David Silva, a scorer in his last two, and Anthony Martial, five in six, are worth a nibble here. Sky Bet go 12/1 they’re both on target. On their own, at anytime, it’s 29/10 Silva (Marathon) and 7/2 Martial while a City win with over 3.5 goals in the game is 9/5 with Betfair.

BEST BETS OF THE WEEKEND