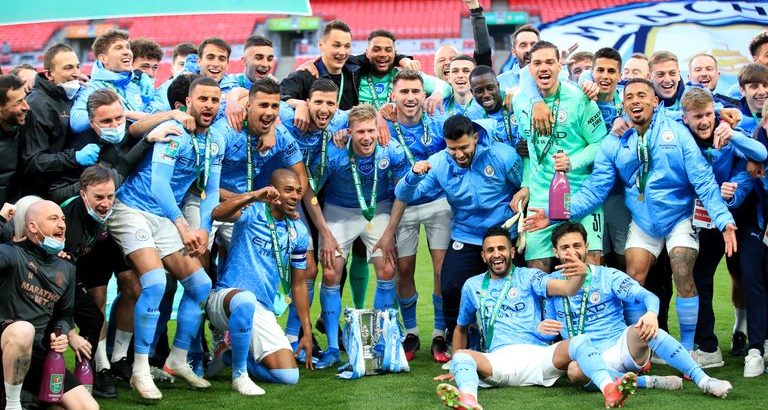 You must be serial winners to be considered a great team. That’s the trait experts in the game repeatedly point to when the subjective debate about greatness crops up.

Back-to-back titles and years of dominance count for more than one outstanding campaign, so the theory goes.

So how do we classify Premier League champions Manchester City?

Since 2017, they have won three of the four Premier League titles, they’ve lifted the League Cup a record-equalling four times in a row, and triumphed in the FA Cup too.

In 2018/19 they secured the first domestic treble in men’s English football history – just one of many records they’ve hoovered up along the way.

While 2019/20 saw a meek title defence from Pep Guardiola’s side in the face of Liverpool’s charge to the Premier League crown, they have picked themselves back up off the canvas to reclaim the championship.

It’s the first time in his career Guardiola has reclaimed a league title, adding extra weight to the achievement.

But does that second-placed finish last term dent their application to be entered into the category of ‘great’ teams?

Historically, Huddersfield Town, Arsenal, and Liverpool have won three leagues on the spin, while Manchester United pulled off the streak twice during the Sir Alex Ferguson era.

Certainly, one thing to count against Manchester City is their record on the European stage.

Three consecutive quarter-final exits in the Champions League can only be seen as a massive underachievement from a side which have repeatedly swept domestic rivals aside – but they’re in the semi-finals this time around and have the chance to change that narrative.

According to many of their critics, it is an area which must be addressed before City can be labelled ‘great’.

But despite so far failing on the Champions League stage, the quantity of City’s accomplishments on these shores – not to mention the style of football they’ve produced to achieve them – puts them among an elite group of teams.

In February 2020, Jamie Carragher and Gary Neville attempted to quantify what it was to be ‘great’ on a Monday Night Football programme. Teams were assessed over a three-year period, with points applied for the variety and total of trophies they won. 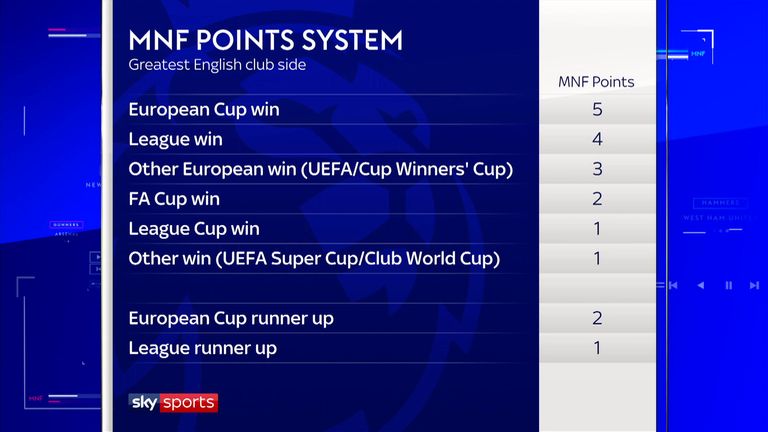 Inevitably, applying such rigid parameters to the exercise, while necessary, will spark debate in itself. For instance, under this assessment, City’s 100-point Premier League win and League Cup success in 2017/18 doesn’t count, while Arsenal’s 2001/02 – 2003/04 side earn no extra credit for their Invincible season.

Nonetheless, over the past three seasons, including this 2020/21 campaign, City would currently be on 14 points.

That tally ranks them, under Carragher and Neville’s system, as the sixth-best English team ever.

A Champions League win would add five more points to their tally, moving them up to fifth in the all-time table. 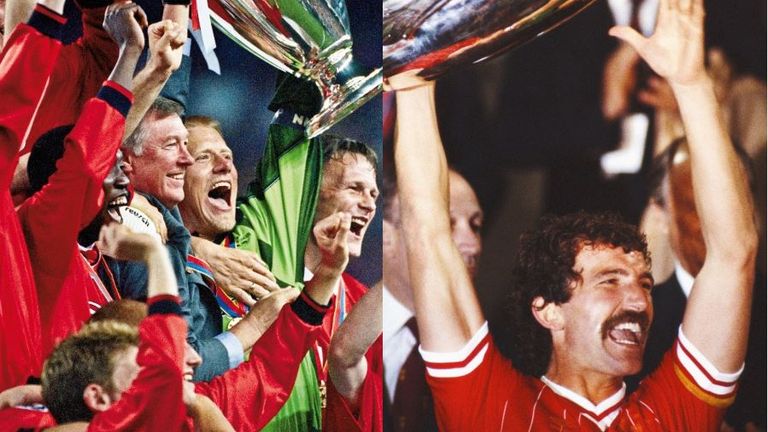 Of course, numerous factors could arguably be added into the equation – no other champion on this list has had to overcome an entire season of a coronavirus pandemic, for instance. But the MNF metric at least gives us some context.

This City side, as it stands, are among the top 10 teams in history. That qualifies them as great. But the greatest? No.

However, their points total does give them some bragging rights over recent rivals Liverpool, whose current crop sit on 12 points in joint-eighth (with their 2017/18 Champions League final appearance not falling within the time frame). 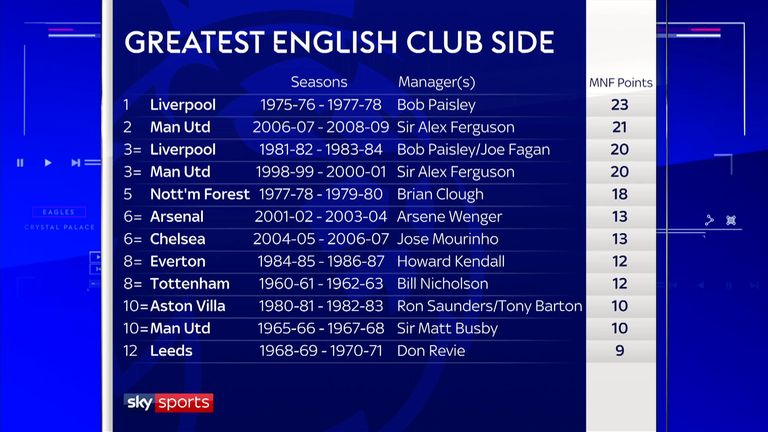 Regardless, both sides trail in the wake of Bob Paisley’s 1975/76-1977/78 Liverpool side and their two European Cups, league title, UEFA Cup, European Super Cup, and league runners-up spot.

But how do you accommodate the different eras these current Manchester City and Liverpool teams are playing in compared with the Liverpool side of the 1970s? Different pitches, different balls, different opponents, different rules…

But then, where’s the fun in that?