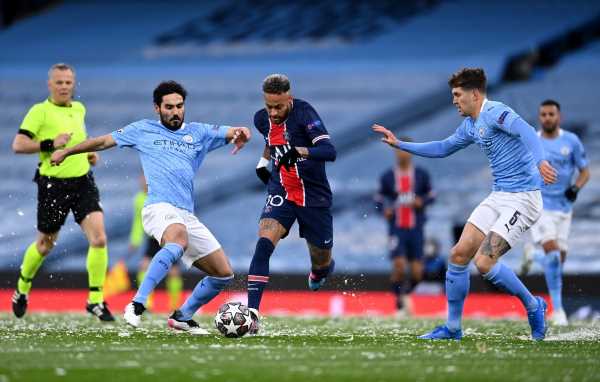 One step remains for Manchester City, after what must have been one of the most complete performances of even Pep Guardiola’s storied European career.

Many might say it was a while coming. This victory confirmed Guardiola’s first Champions League final in a decade and the third of his career, as well as the first in Manchester City’s history.

It is, in so many ways, the £2billion game. It was certainly a gold-standard performance.

City eventually won this politically-charged match by quite a distance, to the point Paris Saint-Germain didn’t so much look a lucrative Qatari state project as a park rabble. It wasn’t just the City performance that was complete, but the whole story, as we of course saw a PSG red card and even impotent Neymar petulance.

There is a football lesson in that contrast, even in a game with as many political dimensions as this.

Consider one of the few remaining questions from the game, since it can’t even be asked whether Kylian Mbappe’s fitness might have made that much of a difference.

As City repeatedly picked their way through PSG, to clear the path to Istanbul, what would you pick as the crowning moment or decisive one? Was it Ederson’s first-class long-range ball to bring that opening goal? It was spectacular but certainly wasn’t speculative, as the take-down and follow-on reflected the most rigorous training-ground co-ordination. The move was as clinical as it was calculated, with the brilliant Riyad Mahrez offering the finish to match.

Or was it the knife-slice passes that led to the Algerian’s second? Both Kevin De Bruyne and Phil Foden just cut PSG open with two of the cleanest through balls you will see, leaving Mahrez looking at an open goal and the route to Istanbul.

Or was it a telling moment just before that, in the 54th minute.

Neymar had just surged his way through the City half in one of his few effective moments of the game, and it seemed to be opening up for the Brazilian to just smash the ball into the roof of the net. As everyone watching on waited for it, though, City’s defenders acted. The incomparable Ruben Dias first forced Neymar that bit wider, before Oleksandr Zinchenko simply threw himself at the eventual shot. Dias aggressively celebrating the moment said it all, and was part of deciding it all. 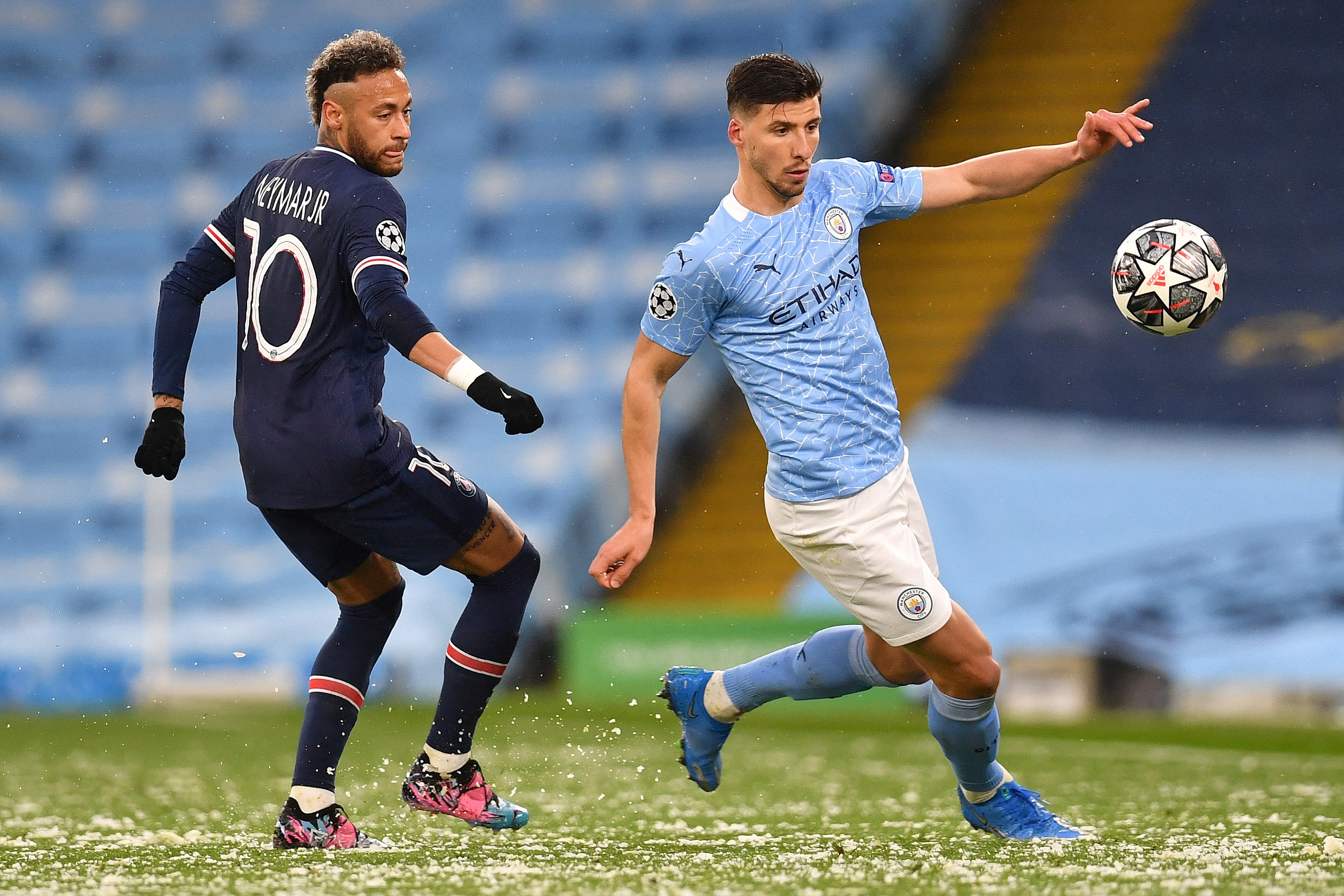 It was one of many blocks for City that also proved building blocks, in the most solid of performances. It really had everything, from the most assertive defending to the most effervescent attacking.

It was difficult to pick a moment because it’s difficult to differentiate any of this. It was all part of the whole, which was maybe the most important contrast between the teams.

Much has been made on these pages of the many questions regarding the state ownerships of both clubs, but the football curiosity for a game like this is that it should put them on an almost equal footing.

They have even been working off broadly similar timescales, with both trying to crack this competition for almost a decade.

By far the most notable thing about PSG, after all, has been the ludicrously expensive star signings of players like Neymar and Mbappe.

Some of the potential problems of that are revealed, however, when Mbappe is out and Neymar seemingly refuses to pass to other attackers of a far lower level.

By contrast, City have so far downright refused to make such massive signings. Many believe it is precisely because they don’t want the extra attention – or criticism – given all the focus on their money.

The net effect has been that money better spread around the squad, so they have at least £60m quality in almost every department. That was something that really told, as more and more holes appeared in a ragged PSG. 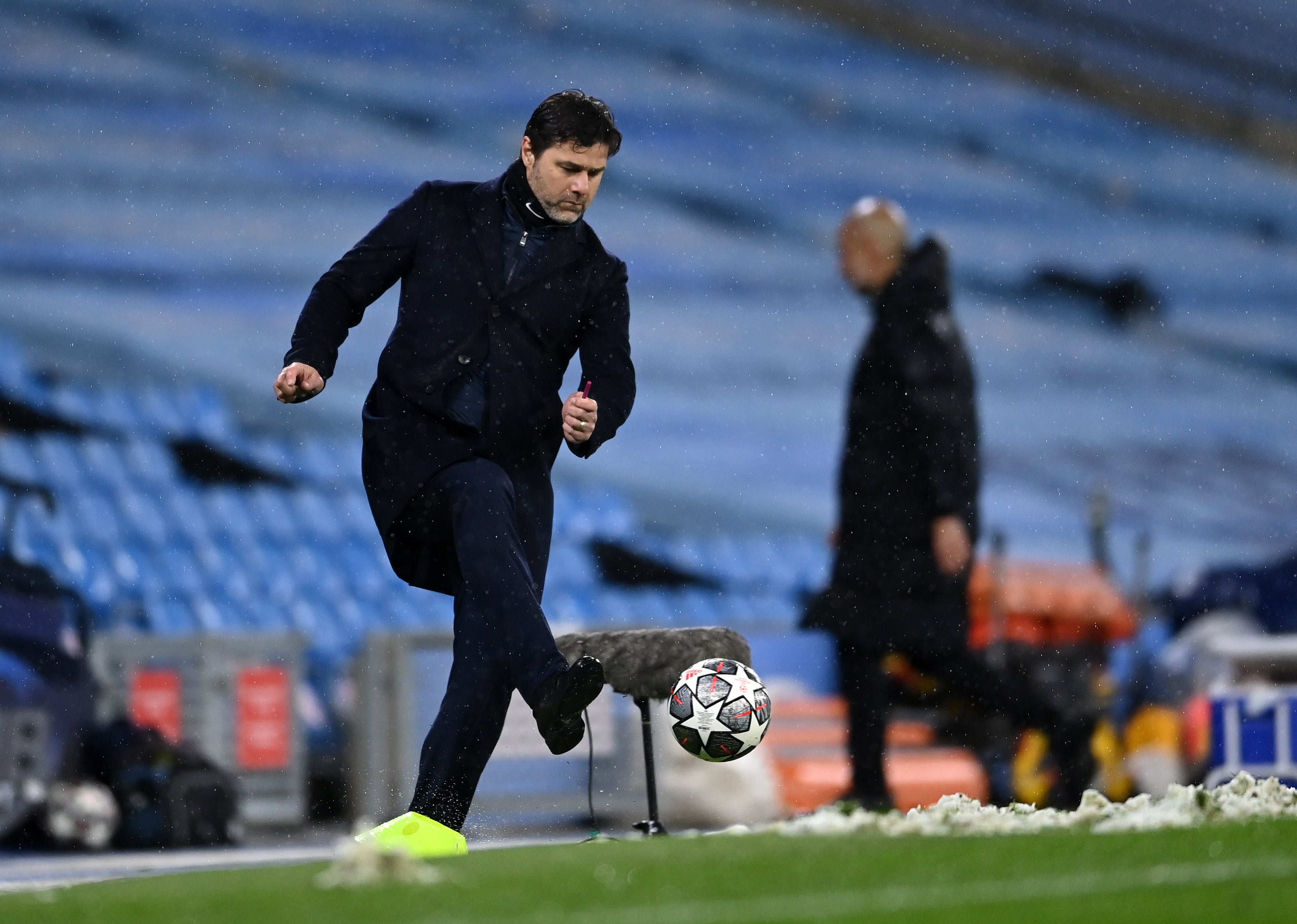 There is also the canniness of the signings. So many are now signed young, and so many have potential to drastically improve. You only have to look at Dias, and even Zinchenko.

That’s what paying for a coach of Guardiola’s quality gets you. His work with so many of these players – but particularly Zinchenko, Mahrez and Foden – is to be lauded.

This is why he is one of the greatest in history, as he now comes so close to one of the achievements that would really state that: a third Champions League for him, a first for the club.

Awe for City’s performance shouldn’t be confused with surprise that they’ve done this, of course.

The sheer level of investment made it something close to an inevitability. It also ensured a few inevitabilities about this game.

PSG had a meltdown. Mauricio Pochettino couldn’t eradicate that in the space of a few months. He could only look on, helpless, shaking his head as it all fell apart. It was meanwhile all coming together for Guardiola.

One step remains, the £2bn game.