Ole Gunnar Solskjaer’s men will be looking to bounce back from their 2-0 loss away to Liverpool as they look to cope without Marcus Rashford, who has stated he’ll return from his back injury before the end of the season.

Elsewhere, Tottenham take on Norwich as they look to bounce back from their goalless draw against Watford and Leicester host West Ham as they look to go eight points above fourth-placed Chelsea.

Almost ready to go now at Leicester and Tottenham and so build-up to United-Burnley will continue intermittently while we stay on top of the action in the live games.

But we do have Phil Jones… so, every cloud.

This is how the visitors line-up at Old Trafford!

Manchester United are 2/5 to return to winning ways against Burnley after defeat at Liverpool, according to betting trends analysts BonusCodeBets.co.uk.

Ole Gunnar Solskjaer is likely to turn to Anthony Martial in the absence of Marcus Rashford, who is missing through injury. The French forward, who will be the focal point of the United attacks at Old Trafford, is 5/6 to score anytime and 4/1 to net 2+ goals.

Burnley ended a run of four consecutive league defeats with a much-needed win against Leicester at the weekend and are 15/8 to avoid defeat at Old Trafford. They’re 7/1 to steal three points and 18/5 to come away with a draw.

United were 2-0 winners when these sides met at Turf Moor at the end of December and are 5/1 to repeat that scoreline tonight.

Players being put through their paces in the warm-ups on what looks set to be a chilly night across the country.

Any ideas what the meaning behind those Tottenham warm-up shirts is? I am stumped. 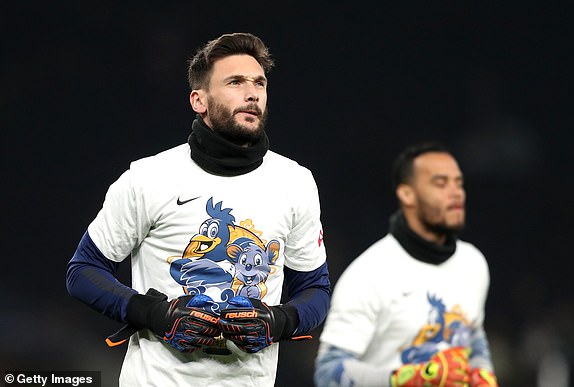 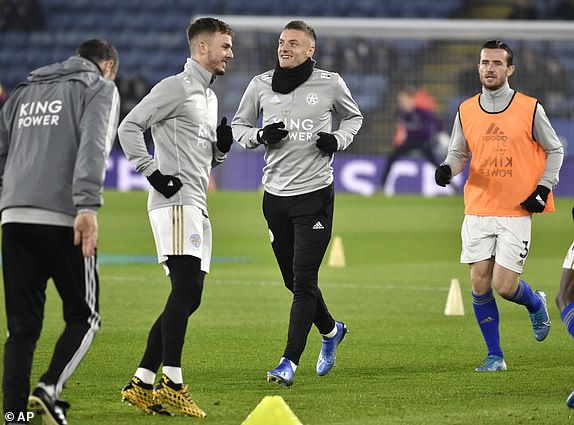 With relegation fears engulfing the London Stadium right now, it is no surprise David Moyes wants to bolster his options before the window closes.

And according to reports in Italy, a bid has been rejected for Sampdoria’s Ronaldo Vieira.

Both find themselves on the road, both go in as underdogs but both desperately need results as West Ham are out of the relegation zone on goal difference and Norwich, away at Tottenham tonight, are six points adrift.

A defeat this evening, psychologically, given the wins for Aston Villa and Bournemouth last night, could prove damaging.

Lots of good insight here from the number-crunchers over at Football Index.

That famous night under the lights at Turf Moor when Robbie Blake secured a 1-0 win in 2009 is never too far from the conversation of a nostalgic Burnley fan.

But since then their record against United has made pretty dismal reading.

Marcus Rashford has been a main source of goals against them and so his absence with a back issue is a huge plus for Sean Dyche’s team. 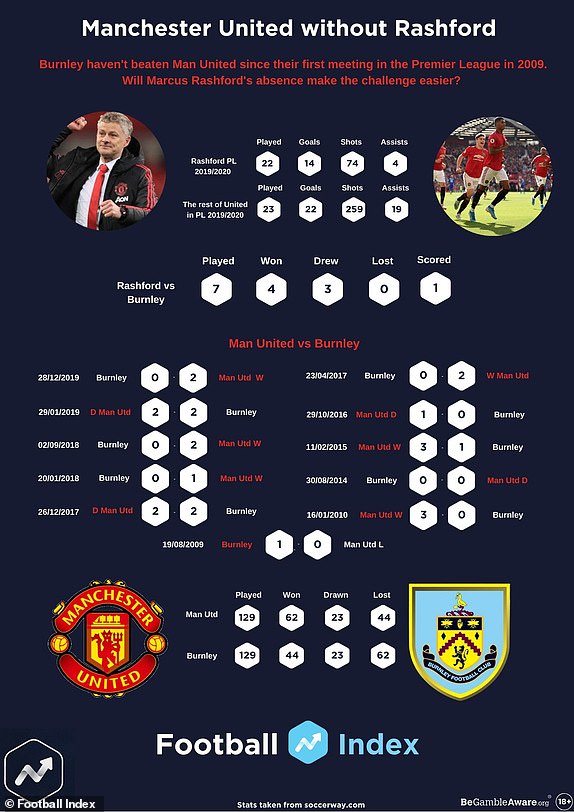 And lots of smiles on the faces of the players and management staff as they head towards the home dressing room.

Firm favourites to win the game under the Old Trafford lights tonight, even with Marcus Rashford out with injury. 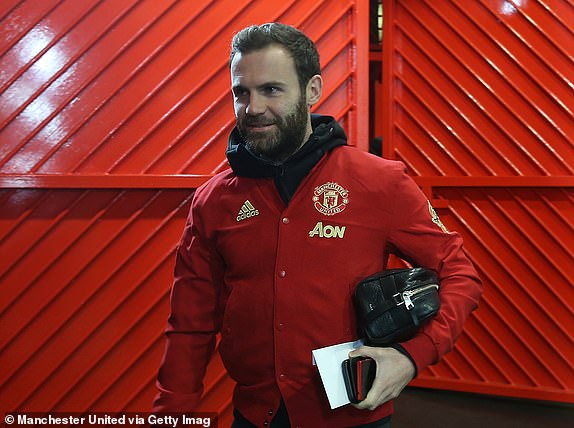 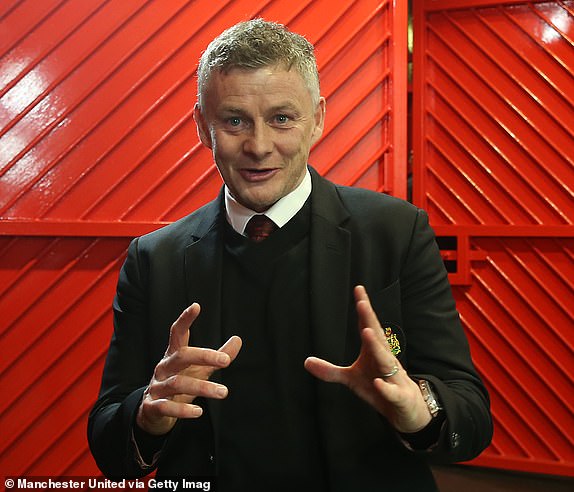 Sportsmail understands that Danny Rose is fit and would have been available for selection tonight… but Jose Mourinho has left him out of the matchday squad.

Mourinho lifted the lid this week on his training ground clash with Rose, revealing that the issue stemmed from the defender complaining about a back injury — only to then report for training.

Will this be the last home game for Christian Eriksen at Tottenham?

Inter Milan have been pursuing a deal for the Dane this month, despite him being out of contract with Tottenham come the summer.

But as of yet no agreement has arrived and so he is still being included by boss Jose Mourinho.

If he does get on, eyes will be fixed on his behaviour come the final whistle. 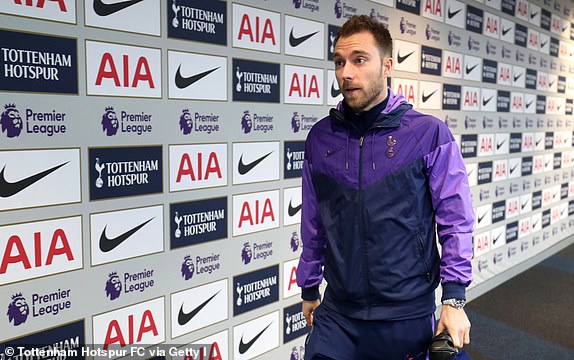 We will be focusing on the late game at Old Trafford but team news is still to drop for that game.

Big opportunity in the other games for Leicester to stretch their lead over Chelsea, who sit a spot below them in fourth, to eight points.

The Foxes have been a revelation this season under Brendan Rodgers but they will be keen to make a return to winning ways after tripping up on the road to Burnley last time out.

For Tottenham, they cannot afford any more mistakes, especially not against Norwich, the side propping up the division.

The sides drew 2-2 at Carrow Road in the reverse leg and Daniel Farke’s side will take heart from that performance, a game which saw Harry Kane suffer what could be a season-ending injury.

Big news is that goalkeeper Hugo Lloris is BACK!

The Frenchman has been out for three-and-a-half months after a nasty elbow injury away at Brighton.

Inter Milan target Christian Eriksen is in the squad… but he starts on the bench.

And taking on that Leicester side is this West Ham XI…

Hello and welcome and what a night we have in store in the Premier League.

After Chelsea and Sheffield United dropped points last night, Manchester United, Tottenham and Leicester know they can strengthen their bids for a spot in next season’s Champions League this evening.

All three are looking to make a return to winning ways and we will be keeping an eye on all of them as they develop across the evening.