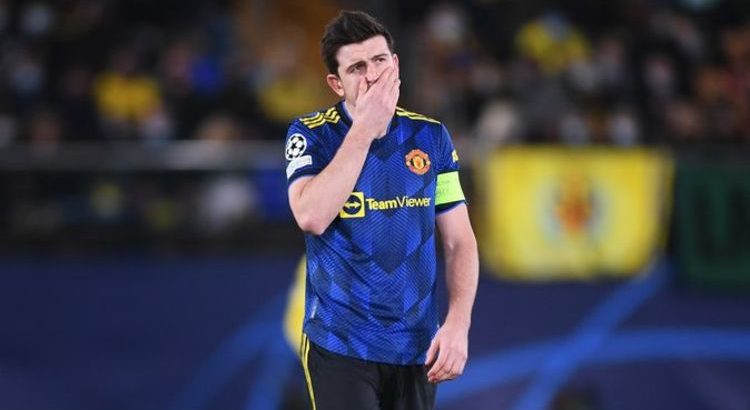 Former Tottenham Hotspur player Rafael van der Vaart hasn’t shied away from giving his ruthless opinion on Manchester United defender Harry Maguire. The club captain has come under plenty of pressure for his sub-par performances of late and many pundits feel the Englishman needs to step up, urgently.

They have lost 5-0 to Liverpool, 2-0 to Manchester City and 4-1 to newly-promoted Watford over the past few months, with the latter defeat being the final nail in the coffin for Solskjaer last weekend.

To concede four goals to a side that had scored 12 goals prior to the match at the weekend was nothing short of embarrassing, which highlighted how shaky and disjointed the United defence are.

Maguire was dismissed in the 69th minute after he dived into a late tackle on Tom Cleverley whilst already on a yellow card which saw the 28-year-old remove the captain’s armband before even being brandished the red.

Plenty have called out the former Leicester City defender for his performances, including Van der Vaart.

Speaking live on Dutch TV channel Ziggo Sport on Tuesday ahead of United’s game against Villarreal, the Dutchman said: “I talk about Harry Maguire so much, so I try to avoid him. But he is really s**t. I have said this so often.

“Where did they look for him? You’ll find players like him at any amateur club in Holland.

“I think it is unbelievable. He is no top-class defender – and he demonstrates this every week.

“If you go out and sign players like him, I can understand why you end up having financial problems.”

United signed Raphael Varane over the summer in a bid to strengthen the Old Trafford outfit, but the Frenchman has stood out in the heart of the defence amongst the shaky backline.

Despite being immense for England at Euro 2020, both Maguire and Luke Shaw have been in awful form so far this campaign and looked like different players to those who progressed all the way to the European tournament’s final.

The silver lining for United fans is that Maguire has been given the opportunity to bounce back to form under a new manager.

Leicester City’s Brendan Rodgers, Real Madrid hero Zinedine Zidane and Paris Saint-Germain boss Mauricio Pochettino have all been linked with the vacancy, with the latter reportedly being the no.1 target.

Despite working with the likes of Lionel Messi, Kylian Mbappe and Neymar on a daily basis, the ex-Tottenham Hotspur boss is thought to be unsettled in the French capital and has been living in a hotel since taking charge of Les Parisiens.

It remains to be seen who takes charge at the Theatre of Dreams and whether they manage to get the best out of Maguire, or, whether they strip him of the captaincy and look for different options in the transfer window.