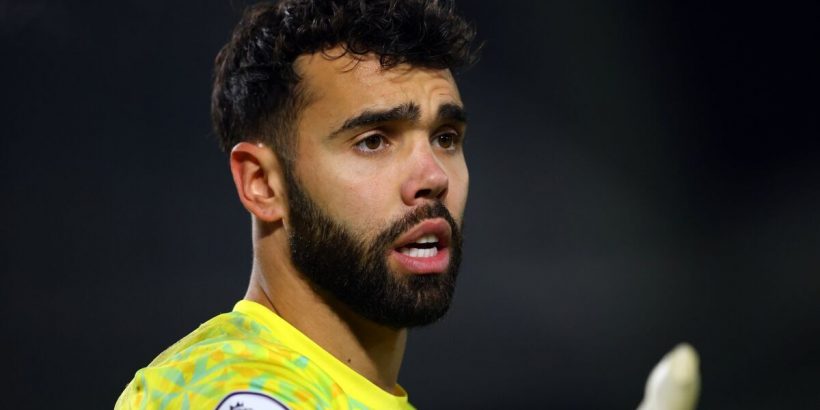 Manchester United and Chelsea are keeping close tabs on Brentford goalkeeper David Raya, with the Spaniard having reportedly turned down the offer of a new and improved deal in west London. Raya has been linked with a potential move to Old Trafford over the last few weeks amid the ongoing uncertainty over David de Gea’s long-term future with the Red Devils as a result of his own contract situation.

De Gea will become a free agent at the end of the campaign as things stand, leading to speculation that Raya could be targeted by United to replace his compatriot between the sticks for next season. It seems as though the Brentford ace could be open to seeking a new challenge before long, with the 27-year-old having waved away the Bees’ latest attempts to tie him down to an extended deal, according to Relevo.

The 27-year-old’s existing contract is set to expire in 2024 but it is said that he will likely be sold by Brentford at the end of the current season as they look to cash in on his signature in the not-too-distant future. There have already been ‘contacts’ with the likes of United and Chelsea, while Tottenham have also been credited with a desire to land Raya and are believed to be carefully monitoring the situation.

The north Londoners are thought to be evaluating their options in the market regarding a long-term replacement for Hugo Lloris, who will also be out of contract in 2024 and has come under scrutiny for a number of sub-par showings as of late. However, it remains to be seen whether Tottenham will be able to pip United and Chelsea to the signing of Raya when the bidding opens later this year.

Raya’s preference would reportedly be to join a club at which he can play Champions League football in order to test himself at the highest possible level. He is also eager to keep himself in the Spain squad and would be seeking regular playing time as a result, which suggests that he would not entertain the idea of taking a back-up role at United, Chelsea or Tottenham.

The Brentford stopper is said to be admired for his ability to play the ball out with his feet, which has been a major factor in shaping his relative success with the Bees since their promotion to the Premier League two seasons ago. He recently detailed the work behind his outstanding distribution in an interview with The Guardian by explaining that he developed his skills while playing futsal in his hometown of Barcelona.

“I used to play in any position except under the goal,” said Raya. “I liked to touch the ball a lot, to be part of every play. I guess that’s where the skill I have with my feet comes from, and in modern football that is what is demanded of a goalkeeper.

“I’ve been working on coming out from the back since I was a child but now I’m trying to perfect it. I do rondos, things like that. It forces me to be cold-blooded and to have a lot of confidence in myself.

“You’re always exposed to making a mistake, but I have to be calm enough not to get down when that happens. I know that this ability with my feet is something that sets me apart and I repeat to myself that I have to learn to forget the bad moments.”

Want the latest Premier League news as we publish it on Express Sport? Join our Facebook group by clicking here.